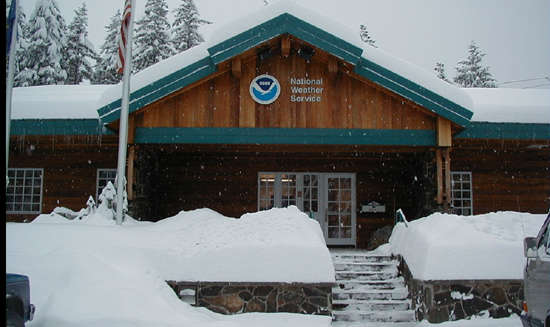 Juneau, Alaska (KINY) - It comes as no surprise that the National Weather Service says Juneau and Southeast experienced a snowy and cold December.

Meteorologist Kayla Tinker is the Juneau Forecast Office.  She said all of Southeast Alaska was well below normal temperatures in December and well below precipitation, but with more snow than normal.

Juneau's airport recorded 32 inches of snow in December.  The normal amount is 18 point 1. For the season, October through December, the airport recorded 63 point 4 inches which is the eighth snowiest

Petersburg recorded 84 point 1 inches during those three months making it the third snowiest on record.  Just over 68 inches of that total fell in December when 15 and a half inches is the norm.

Haines experienced a snowy October through December period with 117 inches.  In December there were 50 inches, ten inches above normal.

Juneau's average temperature in December was 21 point 3, nine degrees below normal for the month.

Precipitation during December in Juneau measured 2 point 87 inches down from the norm of 6 point 53.  Skagway had a little less than one-half inch when 2 point 78 is the norm.  Precipitation in Haines for the month came in at 3 point 55 inches.  Normal is 9 point 79 inches.  Sitka recorded 4 point 52 inches. The norm is 8 point 43.  Petersburg had 6 point 72 inches and the norm is 11 point 79.  Data for Ketchikan is missing, but the weather service says it may be the driest December on record there.

A change in the weather pattern is coming for a while.  The forecaster said the Climate Prediction Center predicts more of the same through winter, but there will be a pattern change this weekend.  Warm moist air and near normal temperatures are forecast which probably means above freezing, she says.  Tinker figures that weather will stick around for a week or so and then revert back to what we have now.