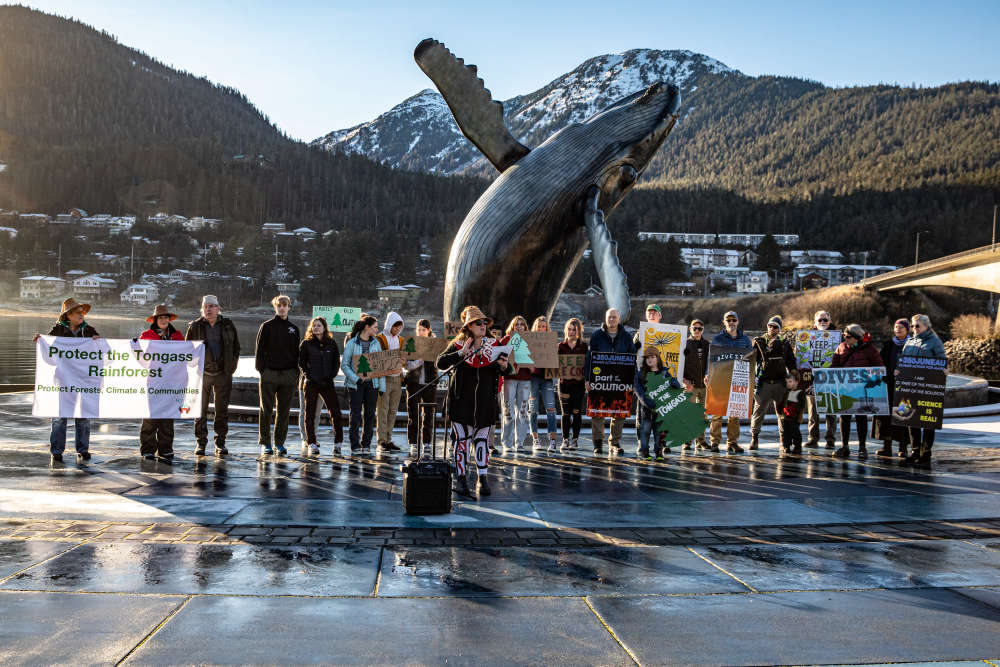 Climate groups join forces to acknowledge COP27 and how it reaches the community of Juneau. (Photo courtesy of Connor Meyer)

"SEACC is divided into three programs. We work on forest, which is primarily the Tongass National Forest. We protect the waters of the Inside Passage and we have a climate program as well. This event today includes forests and climate, hence the overall campaign called Climate Forests. We often put on gatherings and potlucks and information sessions. We just had a Climate and Energy Community Forum just on Tuesday. And then this is the follow-up event. It's like climate week in Juneau. We often put on informational sessions and webinars, especially during the winter. During the summer we put together informational bonfires for people to come out and learn more."

The Renewable Energy Fund is the first place rural communities look towards to make the switch from dirty diesel to clean, affordable renewable energy, and the legislature has the opportunity to extend and expand the Fund before it expires in 2023.

Cusimano said SEACC's mission is to stop old-forest logging and furthermore, to protect new-growth forests. The Biden Forest Service has proposed reinstating the Roadless Rule on the Tongass, which would restore protections for the country's largest national forest. Cusimano said Biden's act earlier this year is a step in the right direction, but there is still a lot to be done.

"It went well, we had a lot of folks from the participating groups attend. And a lot of good visuals, great signs, which were beautifully illuminated by the sun today. We could have used a little more audience members but truly the point of it was to gather these climate focus groups in Juneau here today as part of a satellite gathering during COP27 in Egypt. So overall very successful."

Heather Evoy, SEACC's Indigenous Engagement Lead, said that while they are glad that global leaders are meeting, it's important to bring awareness down to a local level.

"While these global leadership meetings take place in Egypt to address the climate crisis on a global scale it is extremely important for the voices and stories of Indigenous peoples and locals working on climate issues to be heard by the global decision-makers. For Southeast Alaska, one way to do that is to be in the right relations with our tree relatives and work hard to keep healthy intact old-growth forests.”

Cusimano agreed, saying it was important to rally in Juneau, especially because "we live and breathe the Tongass."

They both said now is the time to make a change.

Hannah Brennell is the President of Juneau Douglas High School's Alaska Youth for Environmental Action (AYEA) club. She said taking action to protect the Tongass is important to her.

"I definitely think that we should be focusing on protecting the forests that we have and nourishing it. And respecting it." 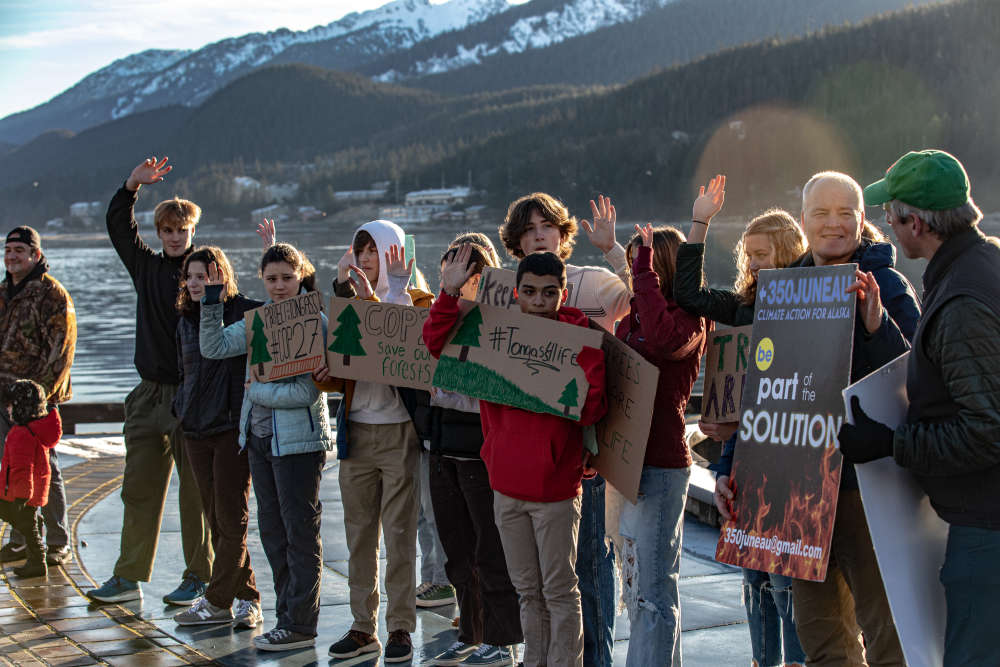 Above: AYEA has about 15 members and almost all showed up to the rally with signs. Most members are sophomores or juniors. Below: Dillingham and Brennell speak about protecting the Tongass. (Photos courtesy of Connor Meyer) 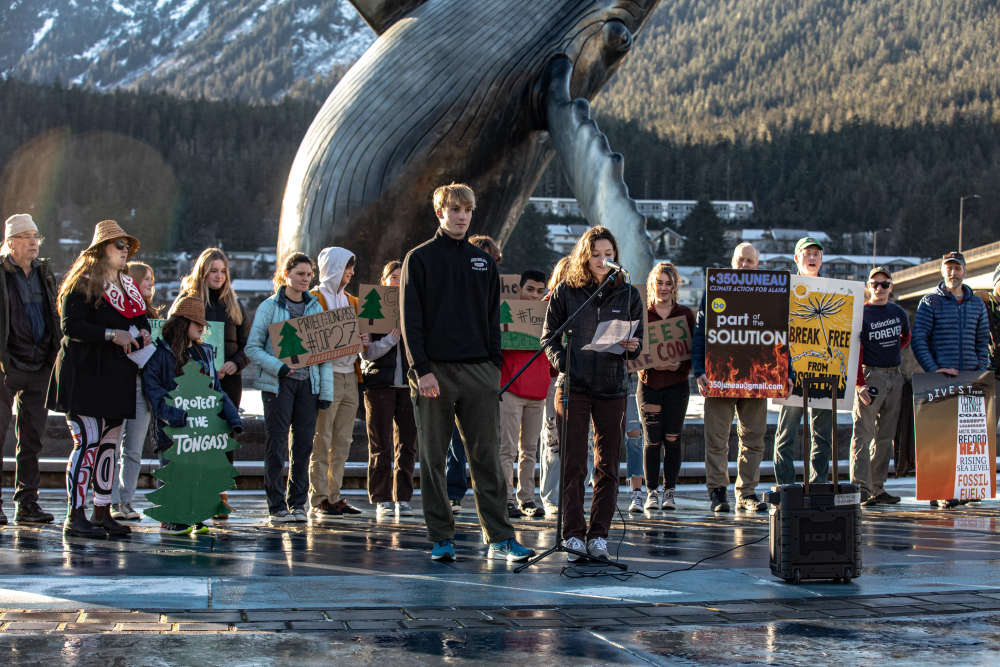 Wilder Dillingham, the Vice President of AYEA said how their club focuses on climate change throughout the school year.

"We're representing the JDHS club and bringing more attention to the COP27 in Egypt right now. Bringing attention to the Tongass forest and the old-growth trees, ones that are near and dear to us. There are little things that we can do just within our community that can just keep the forest better, take more carbon out of the atmosphere. We restarted the recycling program at JDHS. We're bringing composting hopefully to the school as well as a more large scale within that. We've supported some laws in the past and regulations passed on different things."

Brennell said the club plans to amp up its Earth Day week this spring, to include not just the school, but the community as a whole.

"Last year, we had like a whole Earth Week and we plan on doing it this year as well. It was more of a school-based thing last year, but we're trying to get it to be more of a community-based thing this year. It'll have like, clean up, something kinda like this, something just full of information for students and people around us just so they can understand how to better our environment."