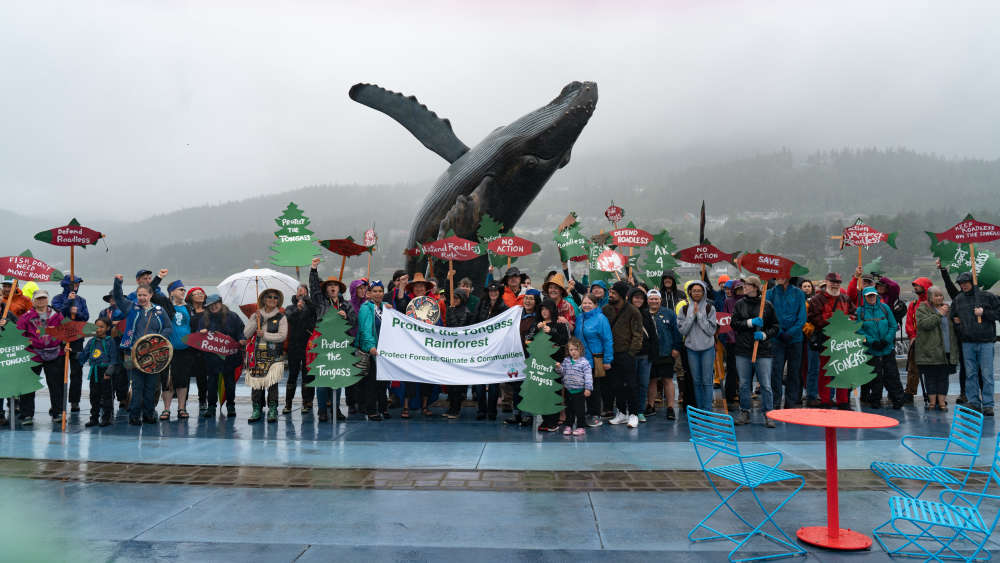 The group will meet at Overstreet Park, also known as The Whale.

Spokespeople will include members of 350 Juneau and AYEA, as well Kashudoha Wanda Loescher Culp from TWECAN.

"When trees are allowed to do their job, the work product is fresh air," said Culp in advance of the meetup. "Breathe it."

Elaine Schroeder, the co-chair of 350 Juneau, emphasized "COP27 cannot afford to be a failure driven by the Big Oil lobby. As António Guterres, the UN Secretary-General warned at the meeting, humanity is on the 'highway to climate hell with our foot still on the accelerator.'"

The Biden Forest Service has proposed reinstating the Roadless Rule on the Tongass, which would restore protections for the country's largest national forest. One of the projects highlighted in this report, located in the Tongass National Forest is a Wrangell sale.

Heather Evoy, SEACC's Indigenous Engagement Lead, said what they will focus on at the event.

"With the COP27 meetings happening in Egypt, we thought that it would be a good idea to kind of pull together some of the local climate action groups to just talk about some of the things that we're working on locally and the importance. It's great that you know, our global leaders gathered to make these decisions, but it's also very important to have the indigenous and the local voices of the folks on the ground. Calling basically on the Biden administration for further protection of old-growth forests as they relate to the global carbon levels. So we have as far as our local groups here, we have SEACC, our organization. We have 350 Juneau, it's a Climate Action Group. We have TWECAN. Also really excited to have the Alaska Youth for Environmental Action Juneau-Douglas high school chapter there."

Evoy said how SEACC pursues climate change outside of the rally.

"Some of the things that SEACC has been working on for many years have been fighting old growth for cut timber sales throughout the region. Might be familiar with the roadless rule and that's something that we have worked pretty closely on, and no more old growth logging."

"As an Indigenous person, whose ancestors have been on this land in the region for years, to me, it's reflective of being in right relation with our tree relatives. That provides a certain level of balance. And I think that in our modern-day capitalistic combat relationship has slightly shifted out of balance. Our forest and our trees are important for so many reasons, not just climate. I mean, culturally, having healthy intact forests means that the understory and all of the things that I rely on harvesting, be the berries or Labrador tea or various things are my way of practicing my way of life."