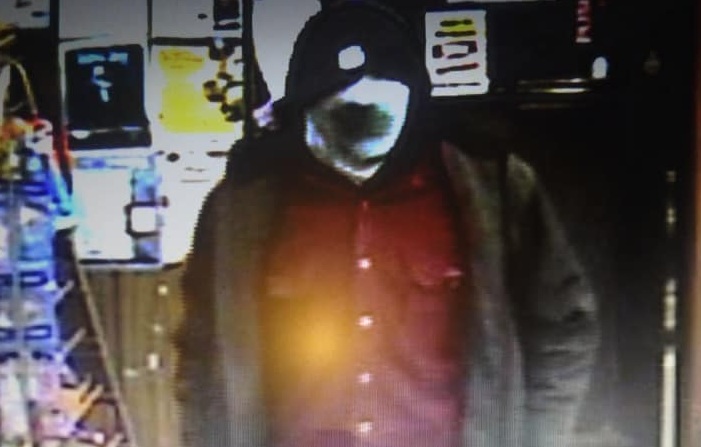 A still image of the suspect.

On Jan. 17, at about 11:53 p.m., an employee from the Liquor Barrel, located in the 5200 block of Glacier Highway, called JPD and reported a robbery. The employee reported that an unknown masked male came into the store. When the employee asked the man to remove the mask, the man pulled out a crowbar from inside his coat and raised it in a threatening manner.

The man said he was robbing the store and then chased the employee outside. The employee ran to a nearby residence and called 911.

Video surveillance from inside the store shows the masked suspect pry open both cash registers and steal an undisclosed amount of money, before leaving the area.

Officers arrived in the area to search for the man, but he was not located.

The suspect is described as being about 5'8" to 5'10" tall, with a stocky build. He was wearing what appears to be a brown coat over a red button up flannel shirt. The man was also wearing a black stocking hat with a white logo on the front, jeans and black work boots. The mask the man was wearing appeared to be gray.

Anyone with information on the identity of the suspect should call JPD at # 586-0600. Anonymous tips can be made at www.Juneaucrimeline.com.