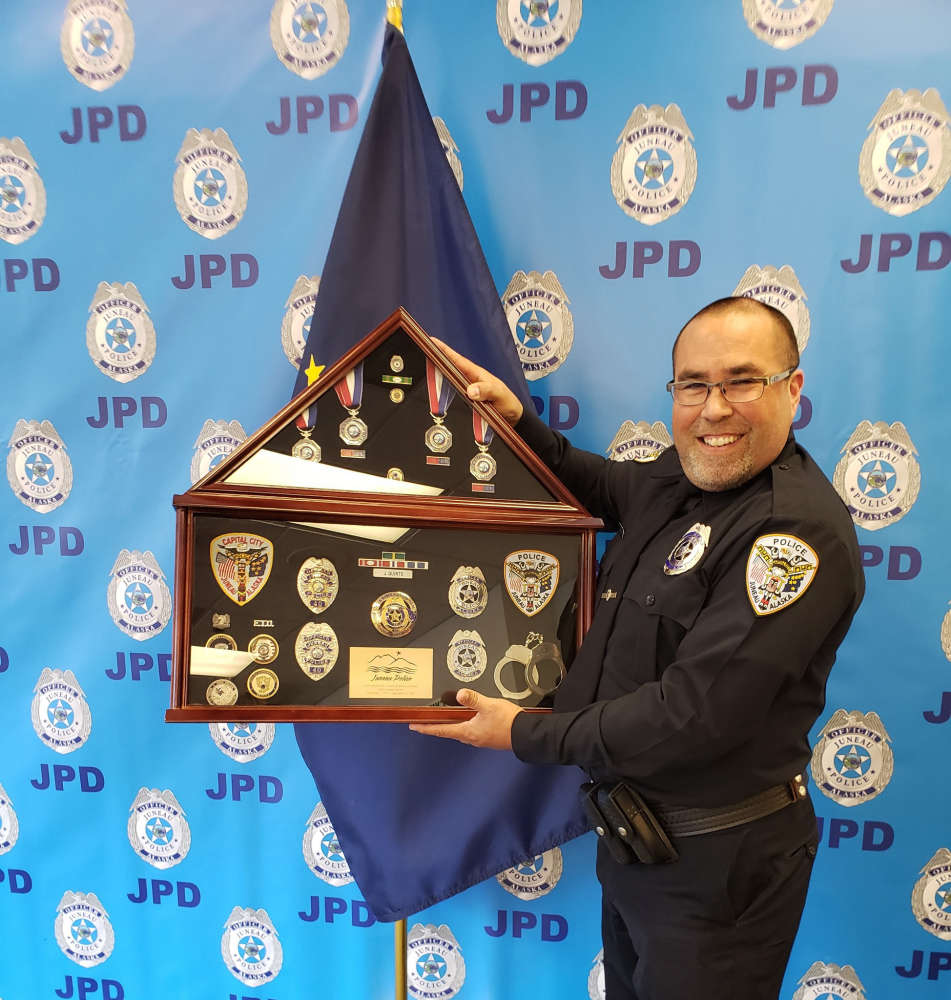 During Quinto's 25-year career, he served many different roles within the department.

He was a field training officer training new police officers.

Quinto was one of the first certified drug recognition experts in Alaska, which specialized in identifying drug-related DUIs.

Quinto also spent several years in the drug enforcement unit, as well as serving 20 years as a Crisis Negotiator for the Department.

For the past seven years, Quinto has worked in the downtown area, working with businesses and the homeless.

Throughout his career, Quinto has been the recipient of countless letters of appreciation from citizens, notes of good work from prosecutors, letters of recognition from supervisors, as well as awards from JPD, as follows.

-Lifesaving Medal- 2014, for performing CPR on an unconscious male in a local bar.

-Lifesaving Medal- 2016, for performing CPR and giving AED applications to an unconscious male in the departure lounge of the Juneau International Airport.