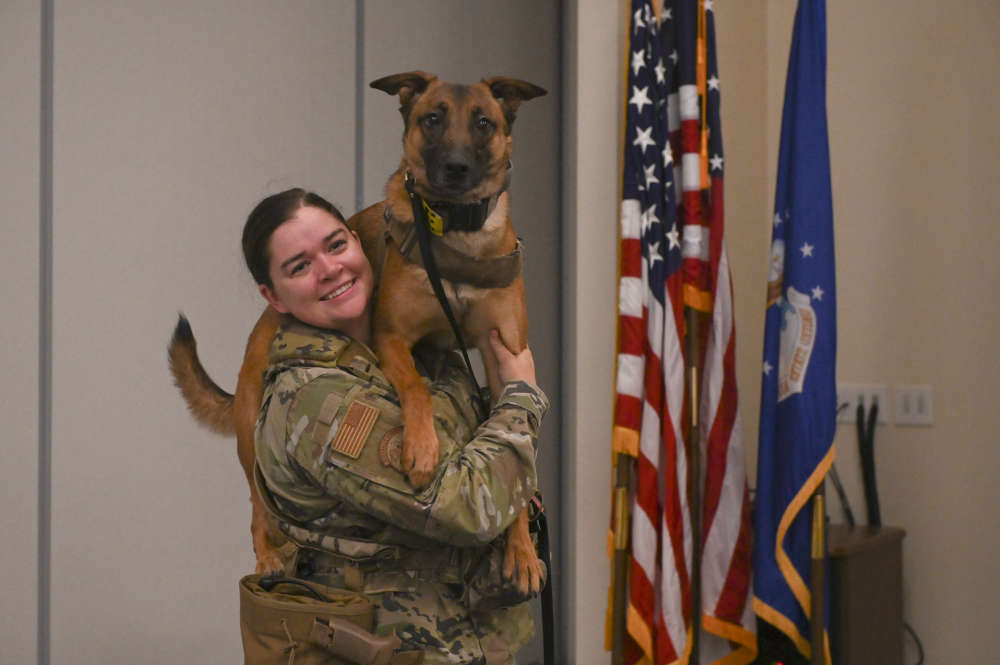 “Because there are so few veterinarians in the military, human healthcare providers are frequently the first people that these dogs are going to see,” said McFadden. “Our goal with this course is to increase military working dogs’ access to care in austere environments.”

“By giving human health care providers the muscle memory and hands-on exposure to some basic K-9 injuries, we can increase canine survivability from a point of injury, all the way to hospitalization through the course of their evacuation, or extended field care, thereby increasing positive outcomes on dogs,” said McFadden.

Students were put through a K-9 TCCC scenario of a dire distress call for an injured Military Working Dog. A realistic canine puppet simulated multiple injuries and forced each team of medics to quickly locate, diagnose, and treat the animals under the threat of combat fire. Throughout the course, the importance of being able to extend and provide medical care to MWDs was emphasized.

Officially, MWDs were not recognized until 1942, though there are older records of dogs being used in warfare.

“Military Working Dogs play a pivotal role in mission operations, and we need to be able to treat them just as well as we can treat injured Soldiers,” said U.S. Army Sgt. Joshua Sanders, a veterinarian technician for Fort Wainwright and Joint Base Elmendorf-Richardson. “Especially being in Alaska, we need to start preparing for any type of situation that may occur, whether they are domestic or foreign. For example, let’s say an avalanche occurs and we now have to deploy our units out there to help local villages, or any if type of terrorist chemical attack might occur.”

An active working dog team visited during the course to allow students to practice safe engagement with an MWD and her handler. Medical responders had a chance to examine the dog’s eyes, ears, paws and heart rate.