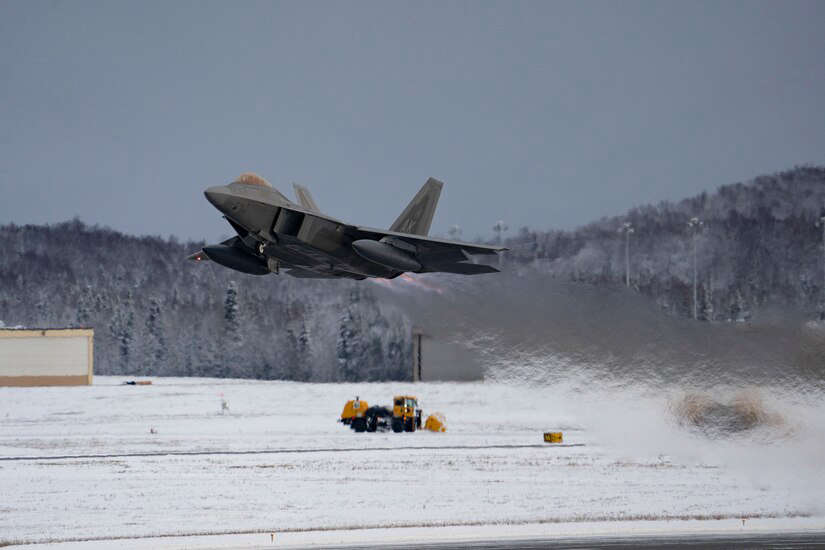 Juneau, Alaska (KINY) - As of Thursday, F-22 Raptors from Joint Base Elmendorf-Richardson’s 3d Wing are supporting missions in both Europe and the Indo-Pacific.

The 525th Fighter Squadron arrived this week at Kadena Air Base, Japan for a temporary deployment supporting locally based assets in maintaining steady-state fighter capabilities and enhanced U.S. operational readiness to defend Japan while ensuring a free and open Indo-Pacific.

Since August, the wing’s 90th Fighter Squadron is providing air dominance and counter-air capabilities in support of NATO’s Air Shielding mission to increase the air and missile defense posture along the eastern flank of NATO’s alliance. This is purely a defensive mission to shield and protect allied territory and populations and is a key component of NATO’s Deterrence and Defense posture.

As part of its modernization plan, the United States Air Force is retiring the aging fleet of F-15 C/D Eagle aircraft that has been in service for more than 30 years. The Department of Defense will continue to maintain a steady-state presence at Kadena by temporarily deploying newer and more advanced aircraft to backfill the F-15s as they retrograde to the United States.

The 525 FS “Bulldogs” are the first to backfill the Kadena fleet since the announced retirement.

“The mission is deterrence through presence,” Jamieson told the deploying pilots before departing JBER. “Remain ready, execute the mission, and set the standard for the units who will come after you.”