The purpose of the agreement is for the two companies to cooperate on the Projects development, including constructing a hydroelectric plant, 40 miles of high voltage transmission lines in Alaska, and North America's first seawater heat pump district heating system for Juneau.

"We have developed, built, and operated a lot of hydropower and transmission lines over the past 70 years. Now, we own and operate 61 hydropower plants in Japan. We are the largest hydropower operator in Japan," said Masuhide Inoue, Chairman of J-Power USA. "We also operate transmission lines, including submarine lines. We are working with Juneau Hydro to develop this project. We would like to contribute to supplying clean power to Alaska."

The Sweetheart Lake Plant plans to be constructed on Sweetheart Creek in the Tongass National Forest, approximately 30 miles south of the City and Borough of Juneau on the 2,058.24 acres of federal land administered by the USFS. 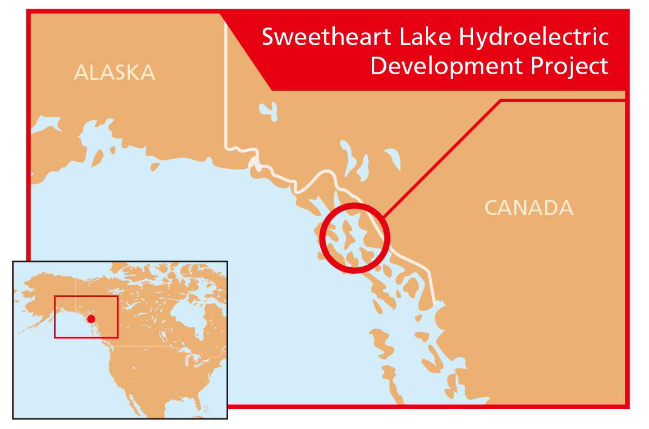 The 19.8-megawatt Sweetheart Lake Hydroelectric Facility will generate an estimated 116,000,000 kWh a year. According to JHI's Duff Mitchell, it'll add about 20% new energy generation to Juneau.

"We will be increasing, depending on the water levels of the year, anywhere between 20 and 25% new energy that can be sold and distributed to the community for things like, not only district heating, but for shore power for the continued transformation of our docks to electric so we can bring money in from our tourist industry and plug into the ships in downtown, as well as people that are now putting in heat pumps and moving off of diesel," he said.

"Our Juneau district heating will be in the downtown area of Juneau, and it will grow over the years, and again reduce diesel costs and lower the cost of heating for Juneau. The other thing is, is it takes electricity to run the heat pumps. So you basically have a sustainable and renewable district energy system that as long as it's maintained, it lasts forever." 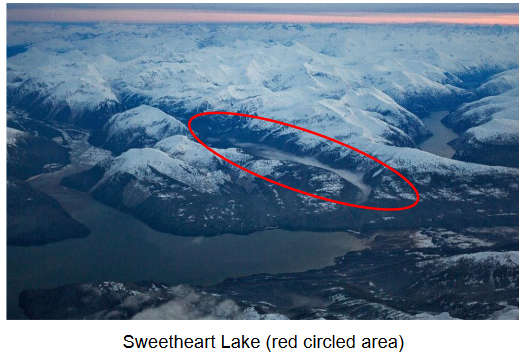 Juneau Hydropower filed its FERC license in 2009. In 2016, The Federal Energy Regulatory Commission issued a licence for the project as well as an Environmental Impact Statement. The agreement between J-Power and JHI was signed this year on August 17. Mitchell said the delay stemmed from the length of time it takes to permit a hydropower project.

"That included EIS, included about 28 Environmental plans and studies. It included a US Army Corps of Engineer wetland permit, and a whole slew of ABC of government regulation to get through it," he said. "The other thing is that we are located in what they call the roadless rule in the Tongass. We were able to overcome the roadless rule by building a tunnel, not a road, we will have a tunnel go up to the dam, and then our power line will go on state land, which is outside the jurisdiction of the roadless rule. So we had to be a little bit creative."

Mitchell estimated that the project schedule is about two-three years.

"Could be three depending on when the snow flies because we have to build a tunnel and the tunnel is 9621 feet. It's a 15 by 15 horseshoe, so we will drive vehicles up and down that and we will need to get that tunnel complete before recovering the construction material up to the dam site," he said. "The dam site is roughly a three month process, however, it needs great weather, and if you get your tunnel completed in winter, you're waiting to the next year. So specifically it's two years, it could be three."

Mitchell said the power from the plant will also support the economic viability of Couer Alaska Kensington mine. General Manager at Kensington, Steve Ball, said it will give them the opportunity to transition from diesel power to clean energy.