Internet crime cost Alaskans over $13 Million in losses in 2021 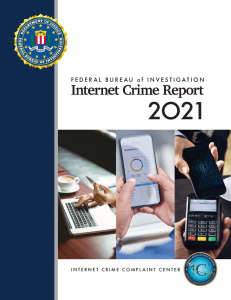 Juneau, Alaska (KINY) - The FBI has released its Internet crime report for 2021.

Chloe Martin, a public affairs officer at the Anchorage FBI office, said there were more than 17-hundred victims of Internet crime in Alaska last year amounting to more than $13 Million in losses.  She said Alaska seniors were disproportionately affected.

By reporting Internet crime, Martin said victims are not only alerting law enforcement to the activity, but also aiding in the overall fight against cybercrime.  She said the FBI analyzes and shares information from submitted complaints for investigative and intelligence purposes for law enforcement, and for public awareness.