International organization set to meet in Juneau next week 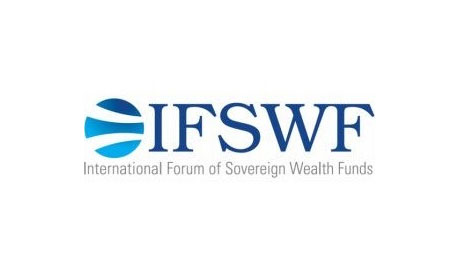 Juneau, Alaska (AP) - Representatives of more than 30 nations will attend a meeting of the International Forum of Sovereign Wealth Funds that is taking place in Juneau next week.

The gathering is the first time the voluntary global organization's annual conference has met in the United States, the Juneau Empire reported Wednesday.

The gathering will be an opportunity to highlight U.S. priorities and participate in important meetings, said Angela Rodell, CEO of Alaska Permanent Fund Corp. She singled out China, which is embroiled in a tariff battle with the U.S.

"China, for example, is a very important part of the benchmark that we measure investment success against," she said. "We believe in investing in China. It's important to have a dialogue with China even though there's noise around China."

A Juneau environmental group plans to be active in dissuading these fund managers from investing in fossil fuel companies. The group, 350 Juneau, plans to hold a rally and a lecture aiming to underscore the seriousness of climate change.

"Coming to this rally shows the world, the city, the city Assembly, our state government that there is a mass movement behind making rapid and significant changes to our energy use, and that needs to be legislated," said the group's co-chair, Elaine Schroeder. "It is not about individuals changing light bulbs. It is about policy — major policy."

Rodell said divesting from fossil fuels could be a misstep.

"What the trend in the industry is now is to seek out more engagement and really understand what the long-term business plans of a business are rather than withdrawing yourself from industry in hopes that it goes away because there are too many investors out there who are willing to take your place," she said. "The potential financial cost is difficult to measure."

The conference takes place from Tuesday through Friday. It will mostly be closed to the public. The third day of the meeting, however, will be open to invited press and guests, as well as streamed online.