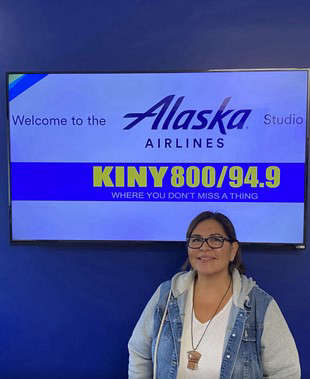 Juneau, Alaska (KINY) - Jodi Mitchell was a guest on Capital Chat Tuesday to talk about IPEC.

Jodi Mitchell is the Chief Executive Officer at Inside Passage Electric Cooperative (IPEC).

She talked about IPEC's mission.

"Our mission is to provide safe reliable electricity at the lowest responsible cost. By responsible cost I mean we want to make sure that we cover all of our costs with a very small margin, try to keep it as close to zero as possible so that we can make sure we cover our costs above all."

"A lot of reasons for our rates being high. We have four separate microgrids and that means we're not connected to anybody else. Each of our communities is a standalone. We have a very small staff but they're very talented. We only have 11 full-time people to run four separate microgrids. So we do our best to keep our rates as low as possible. Everything is a function of volume and economies of scale. The more people buy, the cheaper our rates would be, but our customers are very conservative because of the price you know, it's very expensive."

Mitchell continued, sharing a solution for their high rates.

"Power cost equalization is it's a subsidy that's provided by the state to help reduce the cost of power for residential customers and for community facilities and community buildings. It was recently for many years it was limited to 500-kilowatt hours per residential customer and, you know, one meter. You can't have two meters and get PCE on both of them. But most recently, the legislature increased it from 500 kilowatt hours to 750, which is great. If we're able to displace any diesel that also helps with our rates."

Mitchell talked about their projects at IPEC and IPEC's success.

"One of the things that we've been working on is displacing diesel generation with small hydros. We built a hydro project in Hoonah in 2015, that's called Gartina Falls. That provides about 30% of their power load there. And then we built another one in Kake, which actually is providing at least a third. But as we continue to tweak the system, we expect it to be more like 50% of their power, but the rest is also all diesel. We have two projects that are in the final design stage. One of them is in Angoon, which actually is a Kootznoowoo project. That's a whole different subject. But we're working together with Kootznoowoo to build the Thayer Creek hydro project for Angoon. And the great thing about that project is it will provide over 100% of the community's electric needs. So there's a lot of upside for, you know, heat pump installations, maybe, you know, electric vehicles, maybe electric boats. Maybe even we could help with the ferry system by having a trickle charger so that the ferry can come in and you know, change out their battery. Because I've heard that the Alaska Marine Highway is talking about putting in electric ferries, so we're hoping to help with that."

Mitchell explained that the infrastructure bill Murkowski passed did not include funding for hydro construction.

"The really far left just thinks that hydro is bad, we're hoping to educate people that in southeast Alaska, hydro is the way to go. Not only does it provide cleaner air, but the two projects we did construct, the one in Hoonah, and the one in Kake, there's actually more salmon in the stream now than before we built them. The Alaska Fish and Game Department encouraged us because they knew that would happen."

Mitchell said they have also been encouraging the installation of heat pumps and installed a heat pump rate to help reduce the rates for people who purchase them.

She added that they have to limit heat pumps though due to the chance of an electrical power out.

Mitchell reassured their members that they are doing everything they can to reduce the rates.

She stated that what they really need is grants.

"The State Renewable Energy Fund has been very helpful, but unfortunately it's undercapitalized in my opinion. It's 15 million in there for this year. Well, that has to cover the whole state," Mitchell said. "With inflation, there's just no way. They reduced the rate to 2 million dollars when the original was 8 million dollars."

Mitchell concluded, sharing their website to get in touch: Inside Passage Electric Cooperative