In the 5 states without lotteries, a case of Powerball envy

By Kim Chandler and Mark Thiessen 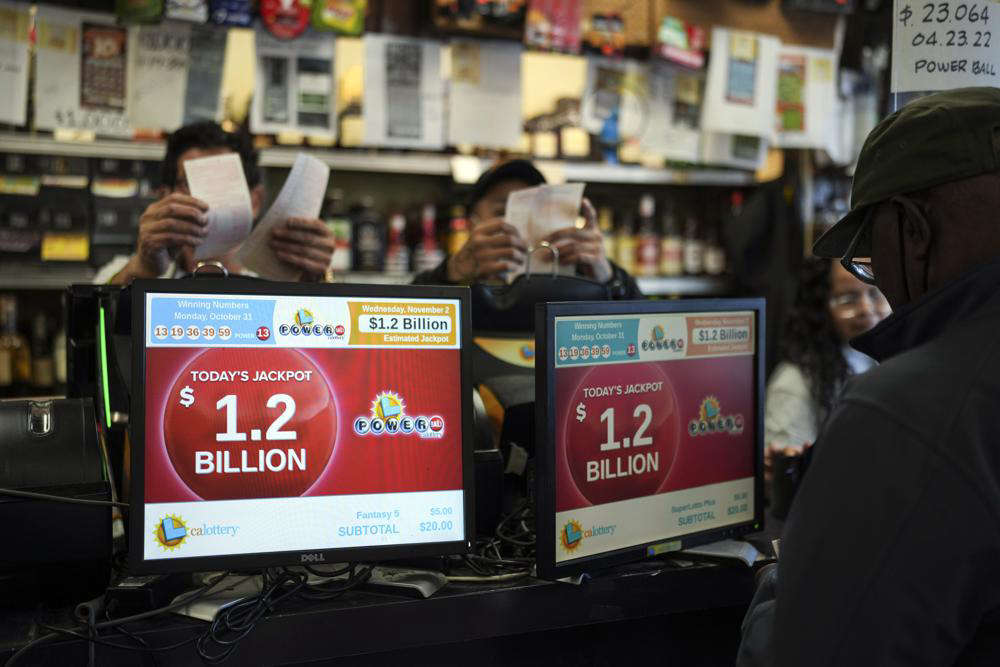 WEST POINT, Ga. (AP) — Loretta Williams lives in Alabama but drove to Georgia to buy a lottery ticket for a chance at winning the $1.5 billion Powerball jackpot.

She was one of many Alabama ticket-buyers flooding across state lines Thursday. The third-largest lottery prize in U.S. history has people around the country clamoring for a chance to win. But in some of the five states without a lottery, envious bystanders are crossing state lines or sending ticket money across them to friends and family, hoping to get in on the action.

“I think it’s ridiculous that we have to drive to get a lottery ticket,” Williams, 67, said.

Five states — Utah, Nevada, Hawaii, Alaska and Alabama — do not have a lottery. A mix of reasons have kept them away, including objections from conservatives, concerns about the impact on low-income families or a desire not to compete with existing gaming operations.

“I’m pretty sure the people of Florida, Tennessee, Mississippi and Georgia appreciate all of our contributions to their roads, bridges, education system and many other things they spend that money on,” said Democratic legislator Chris England, from Tuscaloosa, Alabama.

In 1999, Alabama voted down a lottery referendum under a mix of opposition from churches and out-of-state gambling interests. Lottery proposals have since stagnated in its legislature, the issue now intertwined with debate over electronic gambling.

In Georgia, a billboard along Interstate 85 beckons motorists to stop at a gas station billing itself as the ”#1 LOTTERY STORE” — 2 miles (3 kilometers) from the Alabama-Georgia line. Alabama car tags outnumbered Georgia ones in the parking lot at times and a line for ticket purchases stretched across the store.

Similarly, anybody in Utah wanting a lottery ticket must drive to Idaho or Wyoming, the two nearest states to the Salt Lake City metro area, where most of the population resides. Lotteries have long been banned in Utah amid stiff opposition to gambling by leaders of The Church of Jesus Christ of Latter-day Saints, known widely as the Mormon church. The faith has its headquarters in Salt Lake City and the majority of lawmakers and more than half of the state’s residents belong to the religion.

In Malad, Idaho, 13 miles (21 kilometers) from the Utah line, KJ’s Kwik Stop is taking advantage of Powerball’s absence in Utah, advertising directly to Utah residents to cross over for tickets. “Just because Utah doesn’t participate in the lottery doesn’t mean you can’t!” their website read recently.

In Alaska, when oil prices slumped in recent years, legislative proposals to generate revenue through lottery games, including possibly Powerball, faltered. A 2015 report suggested annual proceeds from a statewide lottery could be around $8 million but cautioned such a lottery could negatively affect charitable gaming activities such as raffles.

Anchorage podcast host Keith Gibbons was in New York earlier this week but forgot to buy a Powerball ticket, even though he didn’t know the size of the jackpot. His response when told it could be $1.5 billion: “I need a ticket.”

He believes even though Alaska is extremely diverse — Anchorage School District students speak more than 100 languages besides English in their homes — offering Powerball would appeal to everyone.

Bob Endsley is no fan of Powerball. He says Alaskans shouldn’t have the opportunity to buy tickets. “It’s a waste of money,” said Endsley, also finding fault with the taxes that have to be paid on winnings and the increasing jackpots.

Taking a break from shoveling snow off his sidewalk, the Anchorage man said he once won $10,000 in a Canadian lottery. But it was so long ago, he said, that he doesn’t remember what he did with the windfall other than “paid taxes.”

Hawaii joins Utah as the two states prohibiting all forms of gambling. Measures to establish a Hawaii state lottery or allow casinos are periodically introduced in the Legislature but routinely fail in committee.

Opponents say legalized gambling would disproportionately harm Hawaii’s low-income communities and encourage gambling addictions. Some argue the absence of casinos allows Hawaii to maintain its status as a family-friendly destination. Gambling is popular among Hawaii residents, however, with Las Vegas one of their top vacation destinations.

Wearing a University of Alabama cap, John Jones of Montgomery, Alabama, bought a Powerball ticket on Thursday in Georgia. He voted for an Alabama lottery in 1999 and said he hopes lawmakers there try again. A retired painter, Jones said he usually doesn’t buy a lottery ticket, but decided to take a chance.

He said many Alabamians seem to be doing the same at the Georgia store. “I even met some friends over here,” said Jones, 67.