In 12th Alaska Corrections death of the year, man dies after just 10 days in custody 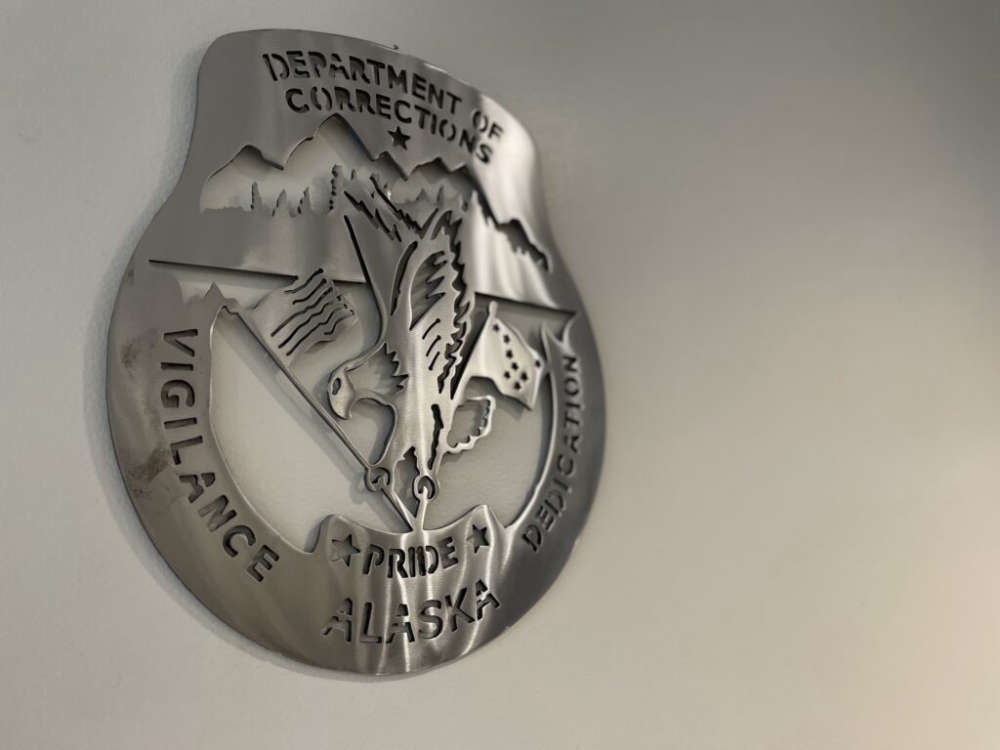 This symbol is inside of the Alaska Department of Corrections office. (Photo by Lisa Phu/Alaska Beacon)

Juneau, Alaska (Alaska Beacon) - James Rider, 31, died on Sept. 9 at Mat-Su Regional Medical Center after 10 days in the custody of the Alaska Department of Corrections, becoming the 12th person to die in the state’s prison system this year.

Of the dozen deaths to occur so far this year, several have taken place after only a short time in state care. Two deaths in August occurred after less than 24 hours.

Rider was arrested in Wasilla on Aug. 30 around 6:41 p.m. according to an Alaska State Trooper daily dispatch. He was taken into custody and transported to Mat-Su Pretrial, where he was remanded and held without bail.

In its release, Corrections stated that Rider had been in custody since Aug. 30, 2002. A department spokesperson said it was “a typo,” and 2022 is correct. Rider, unsentenced, was in Corrections custody for a week and a half before being pronounced dead on Sept. 9.

Rider’s next of kin has been notified, no foul play is suspected and his death is not COVID-related, the Corrections release said.

The number of in-custody deaths so far this year has already surpassed the nine in-custody deaths that took place last year. Within the past 10 years, Corrections saw the most deaths in 2015; 15 people died in custody that year.

Corrections did not respond to a request for more information about Rider’s death. The Troopers investigate every in-custody death and the State Medical Examiner’s Office determines the cause. Due to confidentiality, Corrections does not release medical information.