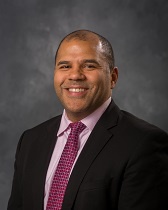 Juneau, Alaska (KINY) - The president and CEO of Huna Totem Corporation, the village native corporation for Hoonah, talked about their Icy Strait Point project while a guest on Action Line.

The port was recently named port of the year by Seatrade.  It beat out the United Kingdom's Port of Dover and St. Petersburg in Russia. The award goes to a port, port authority, or cruise terminal operator that has shown significant improvements to its handling facilities or its cruise industry infrastructure.

The corporation purchased the former cannery in 1996 and started making improvements, according to Russell Dick.  He said they added their first dock in 2015 and 2016.  It then constructed its Adventure Center and rebuilt a restaurant on the site created what they dubbed their Adventure Landing.

They also built Alaska's first high-speed gondola system.  It is scheduled to open Hoonah Mountain to alpine exploration next year.

He was asked what be on the planning board for further enhancements.  "It's a secret," he said.  "We have a lot of ideas and we're always vetting those and the team spends a lot of time going back and forth on what we want to implement next.  I think the most important thing for us because we've created that infrastructure that can now take people up to the top of the mountain is building out that experience at the top and what we really want that to look like, what the look and feel is."

It is scheduled to open Hoonah Mountain to alpine exploration next year, he added.