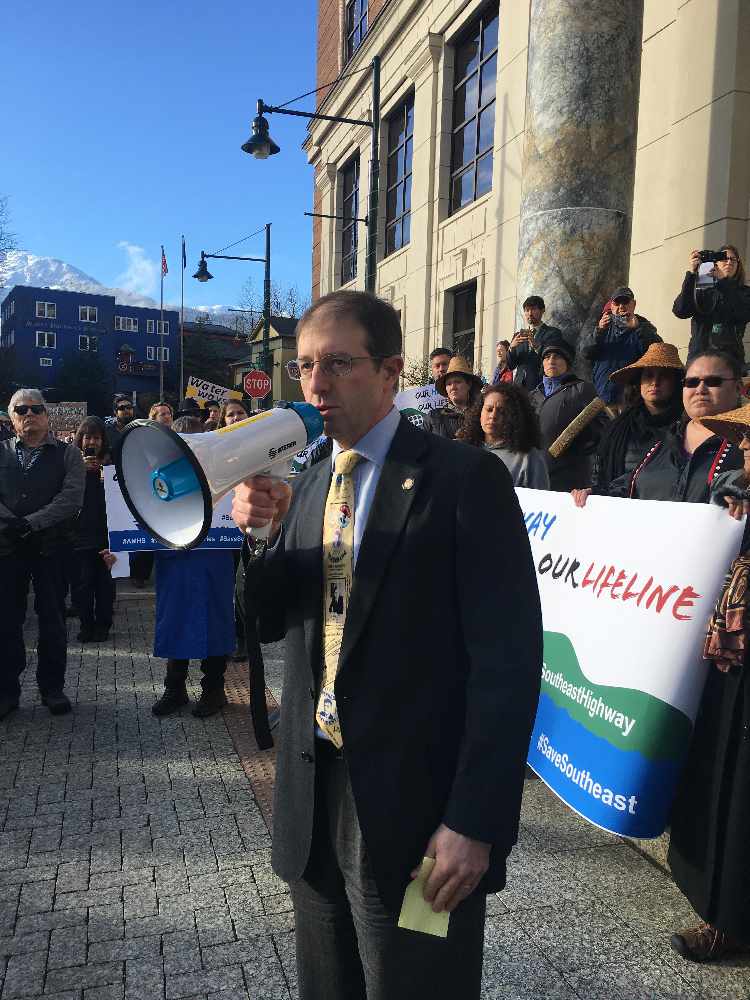 Juneau, Alaska (KINY) - Young and old, Native and non-Native, all had a common refrain, enough is enough when it comes to cuts to the Alaska Marine Highway.

Rallies were held across the state to support full funding for the Alaska Marine Highway budget.

There is only ferry operational in southeast Alaska currently.   Two are expected to return to service during the first week of March.

In the meantime, many remote villages are suffering.  Grocery store shelves are bare, residents have trouble getting to medical appointments, and many are left without vehicles because the ferries are not running regularly.

The crowd mostly blamed Alaska Governor Mike Dunleavy for the lack of service.

Senator Jesse Kiehl said there was no contingency plan should the ferry run into trouble this winter, "We had a ferry system schedule that relied on not one thing going wrong.  I don't know what you call a plan that can't stand one setback, I call it the marine highway system in crisis, I call it Coastal Alaska in crisis, I call it a problem."

Rep. Dan Ortiz of Ketchikan said the voices of Alaskans are being heard.  He said there is more and more support in the legislature to provide funding for the marine highway this year.

"I heard from young people in Cordova, from Sitka, and we heard how events that are long traditions like music festivals, southeast basketball tournaments, traditions that had the support of the marine highway being threatened.  Your support is making it a reality that we can rely on the marine highway system and support the life that we know of in Alaska.  Thank you very much."

President of the Central Council Tlingit and Haida Indian Tribes Richard Peterson said Natives have a right to live here.  He said their way of life has been threatened by budget cuts, "Our rural communities are suffering.  People who have no idea, who come from a place of privilege, say well that's your choice.  They don't understand what it is like to be born in a community and be able to say that my forefathers were born in this area for 10,000 years.  There is no reason for us to move."