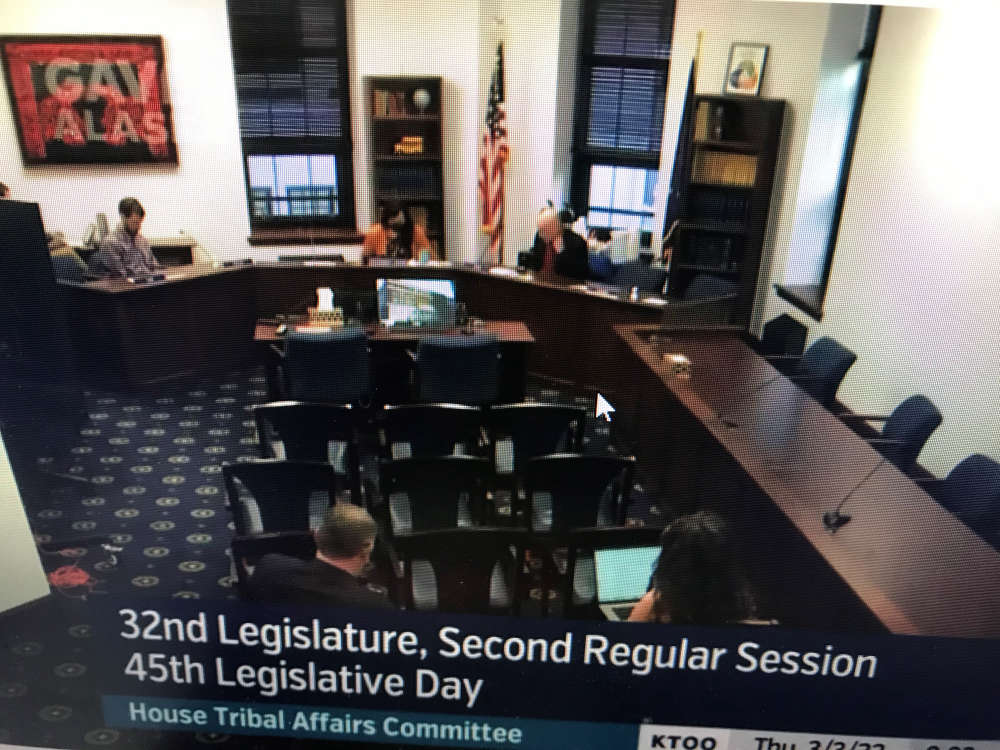 The panel heard from Public Safety Commissioner James Cockrell said their missing person clearinghouse shows that there are about 13-hundred people that are missing which dates back to the 1960s.

Of that number 1,097 are men and 203 are females.  Fifty-five of the women are identified as Alaska Natives.  The commissioner added that the department has documentation that shows that Native women are victimized at a higher rate.

He said they need to do a better job in protecting rural residents.

The commissioner said the department's budget request for next fiscal year is focused on trying to increase their presence in rural Alaska with the hope of preventing and further investigating missing Alaska Natives and specifically females.

Valerie Chadwick is a Community Development Manager for Rural Cap. She said it's been almost a weekly part of her life where she sees people wondering where is so and so only to find out the next day that they've been murdered.

She said she doesn't know if the problem has decreased, but she says their response has increased.

Debra O'Gara with the Alaska Native Women's Resource Center said they're happy to see that more services and resources are going into investigation and communication with law enforcement.

O'Gara said they started sending out a tool kit to the communities they work with which lays out steps to take when someone turns up missing.  Among other things, It calls for communities to develop their own response system with the key being to communicate with law enforcement