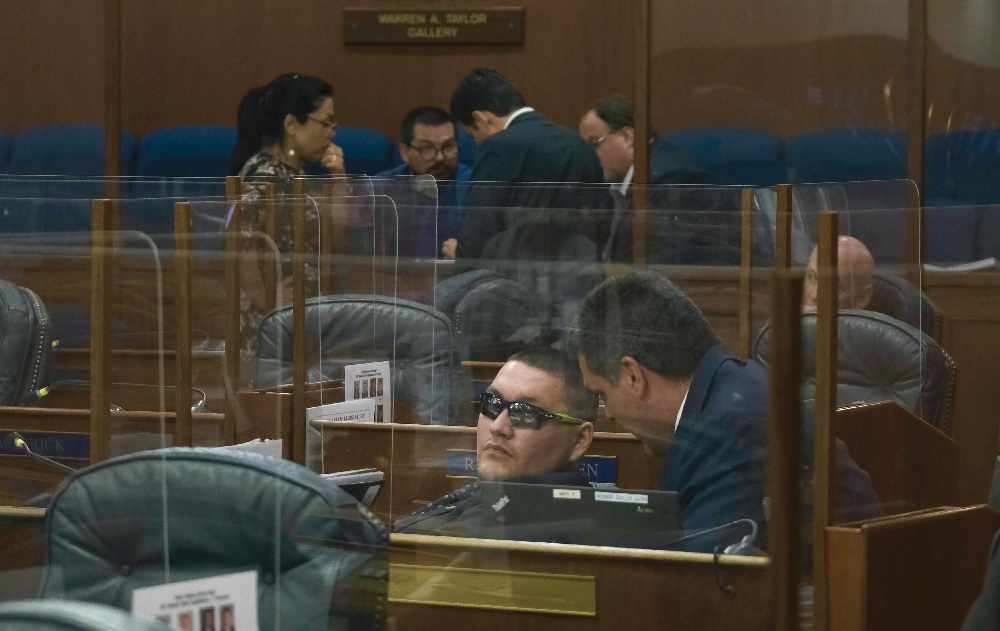 Juneau, Alaska (KINY) - The Department of Motor Vehicles, Performance Scholarships to Alaska Students, and the Permanent Fund Dividend Division are some services that will shutdown if a budget is not passed by July 1st, the start of the next fiscal year.

In a report released by the Office of Management and Budget as well as the Department of Law, the agencies reported all of the services that will be fully operational, at reduced staffing levels, and what will be shut down. There are services in the state that will remain fully operational during a shutdown like the Ferry System and Correctional Facilities, but a question was posed during a House Finance Committee meeting on how the state will pay for those services.

Dillingham Democrat Representative Bryce Edgmon posed the question "There's gonna be a number of state services that will be kept in existence, and so we're gonna have state workers who will be working almost as if they normally would be. I'm wondering how is this going to be paid for relative to no appropriation being in place." He further added that in the strictest interpretation of the constitution and appropriation powers, "the Governor is not supposed to spend money that he doesn't have the appropriation for."

Director of the Office of Management and Budget,  Neil Steininger, said the state will be using the legislature's conference committee's budget as a guide in the shutdown. "During this shutdown, the General Fund will still receive revenue, some of these other funds will still receive revenues, that is not necessarily halting in the government shutdown. We will still be operating as if there is a budget enacted for some of these fully operational items." He said. Steininger pointed out that it does put the state in a "tenuous constitutional situation" where they weigh two different constitutional obligations against each other, but the items will be funded the same as they would if they had a valid appropriation bill.

Testimony was taken during the meeting where members of Alaska industries were invited, as well as other state officials.

President of the Alaska Travel Industry Association, Sarah Leonard, was concerned that a shutdown will have an impact on tourist perception of Alaska, "At a time when ATIA has been marketing with the message of go big, go Alaska, We don't want thousands of travelers returning home telling their neighbors about a skeleton crew managing our public land resources." She also said a shutdown will put 10 million dollars of destination marketing in jeopardy, "we could lose the momentum we've just started to create."

Board Member of the Associated General Contractors of Alaska, Marcus Trivette, said that a week delay in July can cost them a month in their construction schedule later in the fall. "The sun shining, the road crews are working, we need to keep working. We're bidding projects right now that we could try to put Alaskans to work later this summer, but if we can't have all of the different agencies that we rely on functioning in order to get the permissions in place to go to work, it's going to have a negative impact."