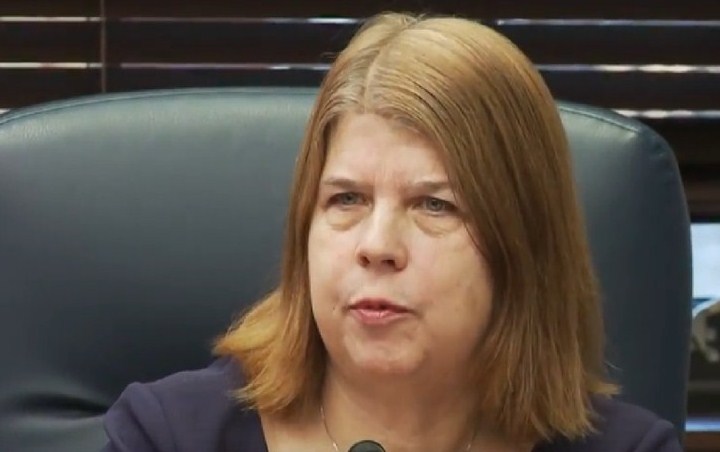 House Bill 1005 is seen as an attempt to break a legislative logjam. Disagreement over how to handle the dividend has been a major stumbling block in efforts to finalize a state budget. The bill is an effort to separate the two issues.

Committee Co-chair Tammie Wilson, a North Pole Republican, said the bill could allow more time for discussion on the dividend while enabling the budget to advance. She noted an urgency to complete work on the budget. The new fiscal year starts July 1.

The bill ties payment of a full dividend — estimated around $3,000 to each eligible Alaskan —to passage of a law changing the dividend formula. Wilson said she's open to ideas for a future formula.

Dividends traditionally have been paid using earnings from the Alaska Permanent Fund, a nest egg of sorts seeded with oil money and grown over time through investments. The bill proposes using $1.4 billion in fund earnings and $500 million from a state savings account that requires support from three-fourths of each the House and Senate to tap.

A law seeking to limit what can be taken from fund earnings for government and dividends calls for a $2.9 billion withdrawal for the next fiscal year. The proposal anticipates that would go toward the budget and the $1.4 billion for dividends would be in addition to that, according to Wilson's office.

The maneuvering could result in several hundred million dollars leftover from the budget that would be able to go into the budget reserve, according to Wilson's office.

Little time was spent discussing the bill's mechanics before testifiers in some cases lit into committee members and spoke against the proposal. Some said they voted for Republican Gov. Mike Dunleavy because he campaigned on paying a full dividend after three years of reduced payouts amid a budget deficit.

A spokesman for Dunleavy has said the governor will not accept changes to the dividend formula without a vote of the people.

Joe Geldhof, a Juneau attorney and member of a group that supports the historical calculation, said the Legislature is in a tough spot, in part due to past legislative actions and because "other politicians" won't consider other options for a sustainable budget.

He said there is a lack of public trust about the permanency of a formula in law because the law can be changed.

Geldhof said his group supports transferring a large portion of fund earnings to the fund's principal, which has constitutional protections. The earnings reserve account was valued at $19 billion at the end of April.

Rep. Andy Josephson, an Anchorage Democrat, said Geldhof hadn't added much to the discussion "because what your group isn't doing is offering a solution."

Wilson disputed that and stopped Josephson when he tried to press Geldhof on where further budget cuts should come.

Lawmakers last year began using fund earnings to help pay for government amid a continued drawdown of savings and disagreement over taxes and additional budget cuts.

Alaska has no statewide sales or personal income tax, and there has been no serious talk of new taxes this year. Dunleavy has pushed the idea that voters should have a say on new or increased taxes approved by lawmakers.