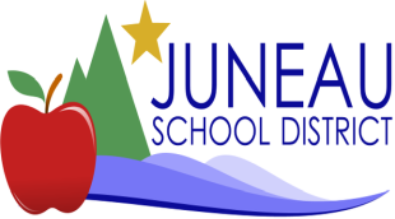 Juneau, Alaska (KINY) - The Juneau School District has announced that Joanna “JJ” Hinderberger will be the next Mendenhall River Community School principal.

Hinderberger was interviewed on Monday, April 29, in open session at the school. An interview panel, including representatives from the school’s certificated and classified staff, district administration and the Site Council, conducted the interview and made a recommendation to the Superintendent, Dr. Bridget Weiss. Hinderberger officially starts the position in August for the beginning of the new school year.

Dr. Weiss toured the school with the candidate on Monday. “We are very excited to have JJ Hinderberger join the team at MRCS,” Weiss says, “JJ brings a wealth of energy and expertise to support staff, students and families.”

“I am overjoyed to have the opportunity to be the Principal of Mendenhall River Community School,” Hinderberger says. “I am really looking forward to collaborating with staff, students, and families to nurture strengths and facilitate growth to ensure we are the best version of ourselves. I would like to express my gratitude for the interview committee, the MRCS community, and the Juneau School District for this opportunity.”