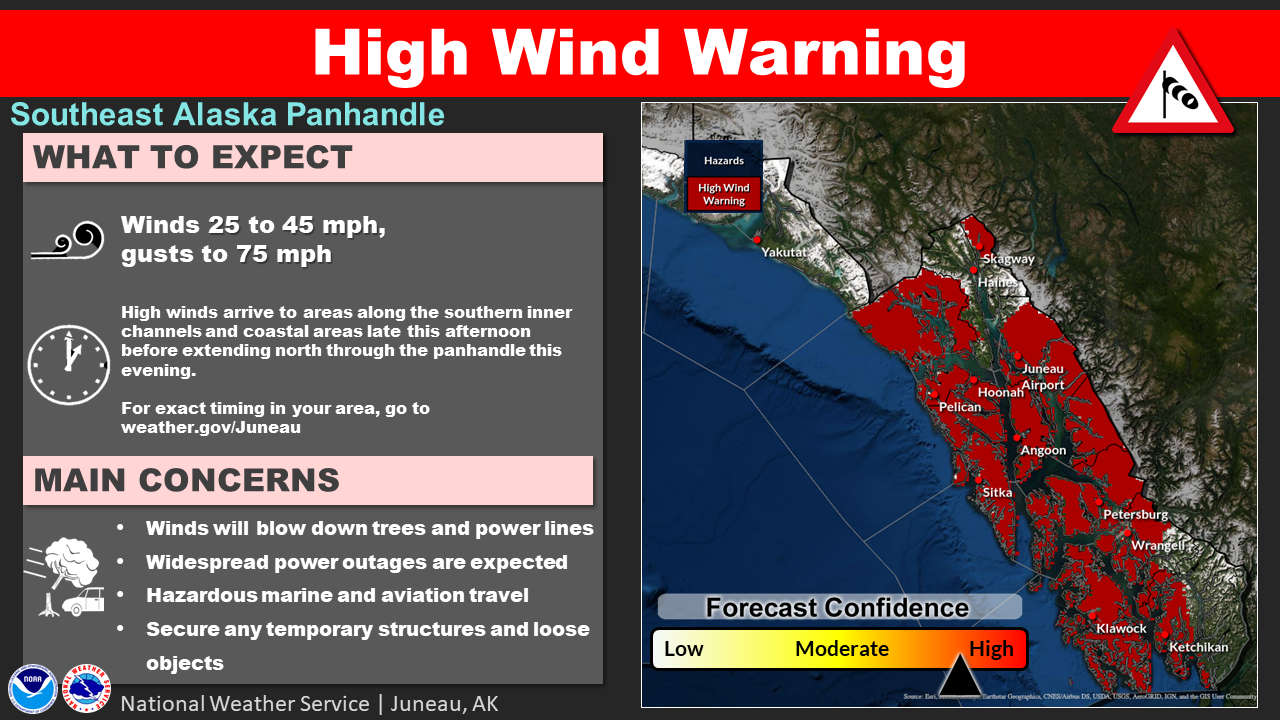 Juneau, Alaska (KINY) - Juneau and some of Southeast experienced multiple power outages Friday as a result of high winds.

News of the North reached out to Deb Driscoll Vice President, Director of Consumer Affairs and Safety at AEL&P for details saturday,

"About 9:20 pm We had our transmission lines rip off close to Snettisham and what we believe happened was what we call phase to phase contact where two conductors, came into contact with one another, due to the high winds, and that tripped the system off," said Driscoll. "We were able to get the majority of our customers restored within an hour. But there were pockets of additional outages that were also due to the high winds and the storms, there were lots of trees that came down throughout town and caused line damage and poll damage, and transformer damage."

Rukman says there were reports of wind damage.

"We did get several reports of wind damage, particularly around the Mendenhall Peninsula area. We definitely had some storm reports from Douglas island with trees down," said Rukman

Rukman says these storms are typical, but this one was rather early.

"Typically, we get storms like these during, you know, the cooler parts of the year, on average, I'd estimate. We get maybe about three a season that get kind of intense like this particular storm system did. What sets this apart is they usually don't come quite this early, we're usually getting our first one like this, probably sometime in December or January," said Rukman.

The weather services reports that Juneau had 1.9 inches of rainfall from 8 am Friday to 8 am on Saturday, the second most ever recorded on that particular day.

Ketchikan had 3.74 inches, also the second most on that day.

Sitka had 2.71 inches, also the second most on that day.