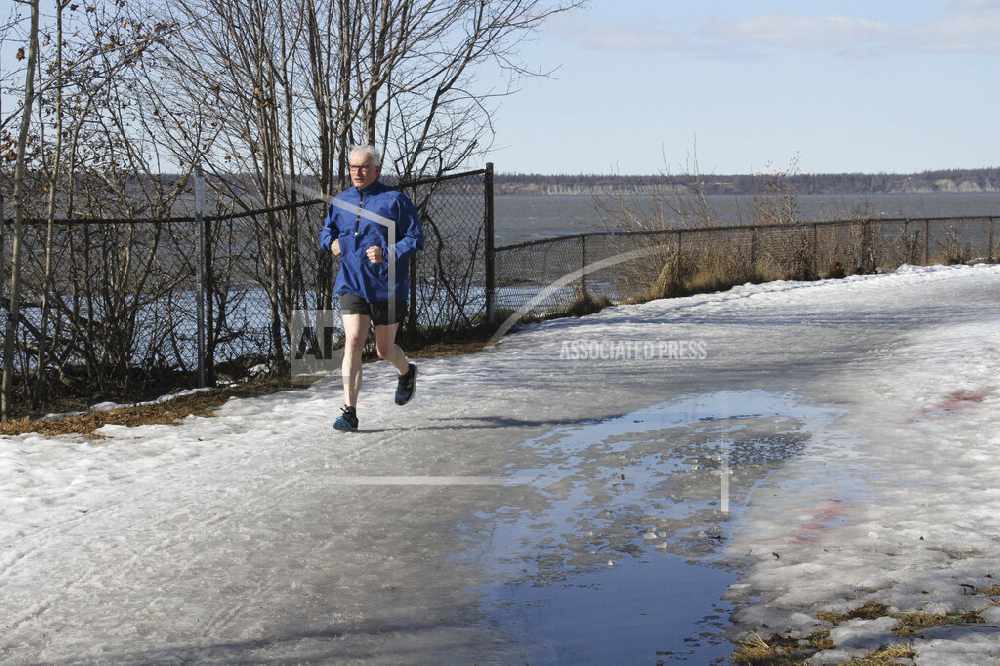 March is normally reliable for dog mushing and cross-country skiing. However, extreme warmth melted snow and made ice on waterways hazardous for travel in the state. Anchorage, Alaska's largest city, didn't record a flake of measurable snow.

"It was as if we didn't have March this year," said Martin Stuefer, state climatologist and an associate research professor with the Alaska Climate Research Center at the University of Alaska Fairbanks. "We had April instead."

"We see the last several years were way warm. There's a clear climate-induced warming. There's no doubt about it," he said.

The March warmth was due to a high-pressure ridge over Alaska and northwest Alaska that lasted two weeks. Low pressure over the Bering Sea produced southwest winds along Alaska's west coast, pushing warm air from southern latitudes into the Arctic, according to Stuefer.

Fairbanks, in the center of the state, hit temperatures in the 50s (10s Celsius). People broke out shorts and barbeque grills, Stuefer said.

"People were in a happy mood, many people who wanted to get rid of winter," he said. The state's second largest city also for the first March ever had consecutive days when the low temperature did not dip below freezing.

Temperatures in northern, western and interior Alaska exceeded the daily average by double digits, said Rick Thoman, a climate specialist at the University of Alaska Fairbanks' Alaska Center for Climate Assessment and Policy.

"March is certainly one for the books," he said.

The headquarters at Denali National Park reported zero snow on the ground as of March 31.

"That's by two weeks, not just a day or two, the earliest they've lost the winter snow pack," Thoman said.

Snowpack does not determine Alaska's wildfire season but firefighting officials are bracing for an early start, said Tim Mowry, spokesman for the Alaska Division of Forestry in Fairbanks.

"With these conditions, we could see fires early in the season, if the weather continues," he said.

The Bering Sea off the west coast set a record for the lowest ice extent in March. So did the Chukchi Sea off Alaska's northwest coast.

"The changing climate is the background that this is painted on. Months like this, far, far above normal — that's going to occur more frequently as the escalator goes up," he said.

In Juneau, the average high of 46.7 degrees was 7.1 degrees above normal in March.  Records were set for two consecutive weeks between March 17-31 in at least one location in southeast Alaska.  Sitka reached an all-time March record of 67 degrees on March 19.  Klawock reached an all-time high in March of 70 degrees on that same date.