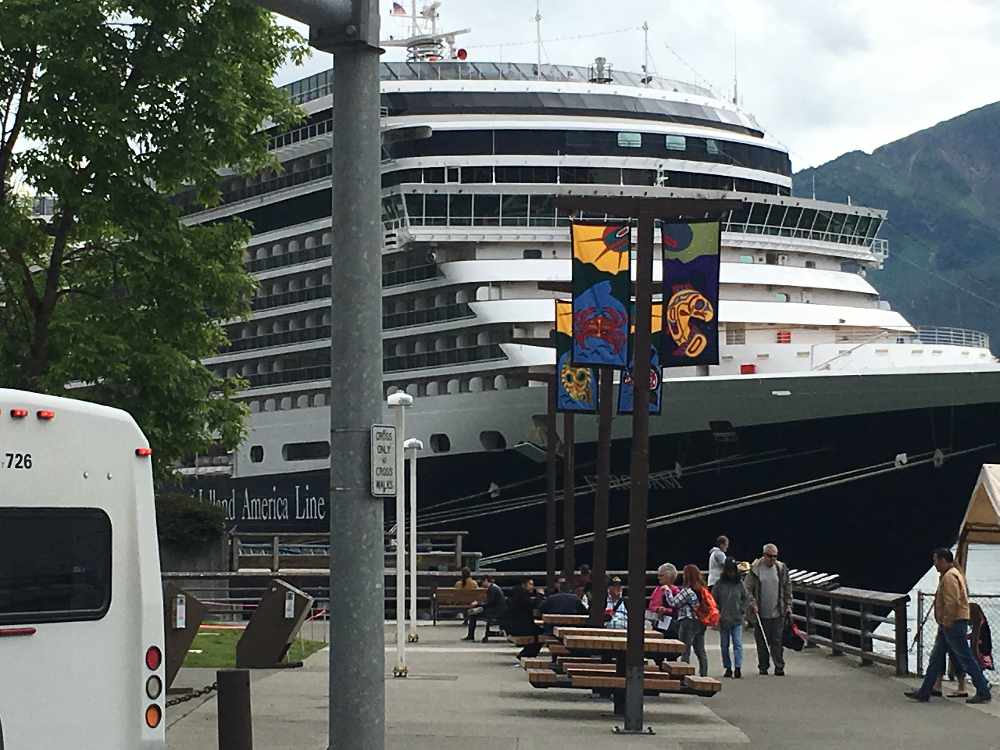 Haines, Alaska (KINY) - The Haines Borough Assembly approved a resolution of support to expand their relationship with Royal Caribbean.

The company agreed to bring ships to Haines this summer for a few hours when they visit Skagway.  That decision was made before the pandemic wrecked the cruise season in Alaska.

Tourism Director Steven Auch said they'd like to see more ships on a regular basis.  He added they got a lot of support from businesses and the community in the efforts to get more ships.

"Royal Caribbean wanted to make sure the community is interested.  Not only did the assembly pass a resolution but we received a flood of emails from the community in support of it," he added.

Auch said it would be a huge economic benefit to Haines.

He said they still held out hope that some ships will still come to Haines this summer.

Haines was left scrambling for ships after other dominoes fell in the southeast last year.

Holland America was decreasing calls to Haines in 2020 and planned to go to Skagway instead.  That move was made after Norwegian Cruise Lines decided to send one ship headed to Skagway to Icy Strait instead.

The 2021 Royal Caribbean schedule has ships headed to Skagway which will spend a few hours per day in the evening in Haines.

Haines would like to see Royal Caribbean make Haines one of their primary stops in 2022.

Auch said all the communities in southeast Alaska and the state are working with the cruise industry on protocols to make sure everyone is safe when the ships return.

Auch said Haines also has to deal with travel decisions made by their neighbors to the north.

Motorists who want to drive to Haines and Skagway have to deal with the Yukon and Canadian restrictions.  The Yukon put up pretty restrictive limits on travel even from British Columbia.