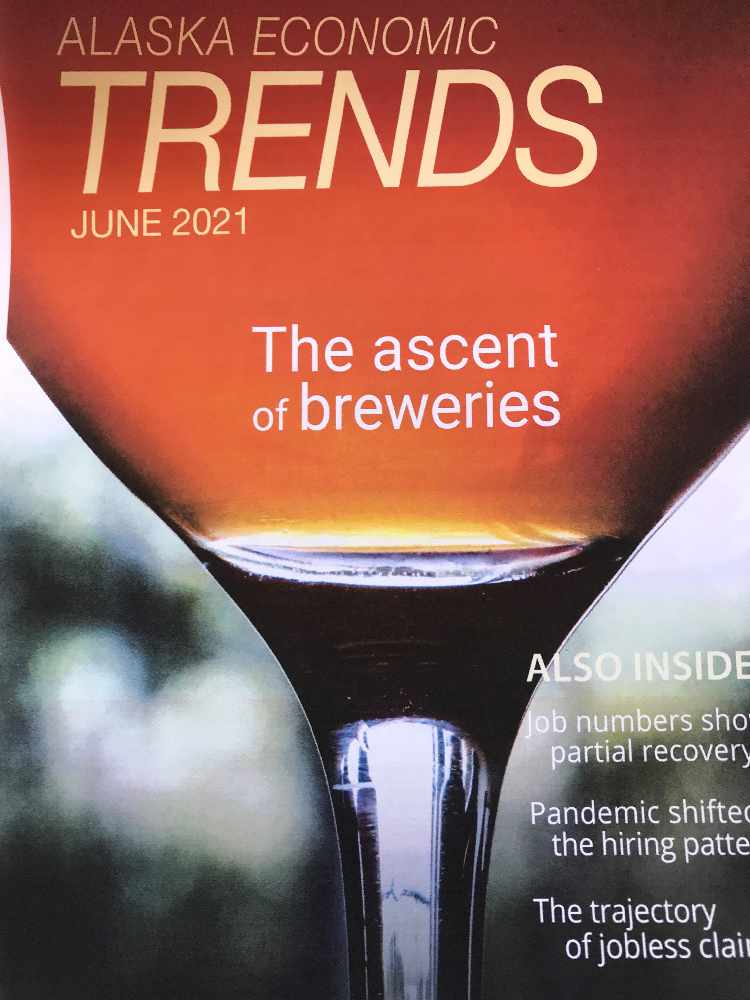 Juneau, Alaska (KINY) - Craft breweries in Alaska are on the rise.

State Labor Economist Neal Fried prepared an article about that in the June edition of Alaska Economic Trends.  He said on Action Line that there were 36 breweries in 2017.  That number grew to 44 in 2019 and despite the pandemic, it grew further to over 50 today.  In addition, he said there are plans for more over the next year.

The association measured the economic impact on Alaska at $332 Million in 2019, according to Fried.

Brewery employment peaked at 585 in August of 2019.  That dropped by over a hundred due to the pandemic, but Fried said they are seeing a comeback in those numbers.

There are breweries in 26 communities around the state including in Juneau where Alaskan Brewing is ranked as the 29th largest brewery in the nation and the 19th largest craft brewery.  Fried called the company "a big national player."

Fried said many of the breweries are in small locations such as Hoonah, Haines, Craig, Nenana, and Cooper Landing.