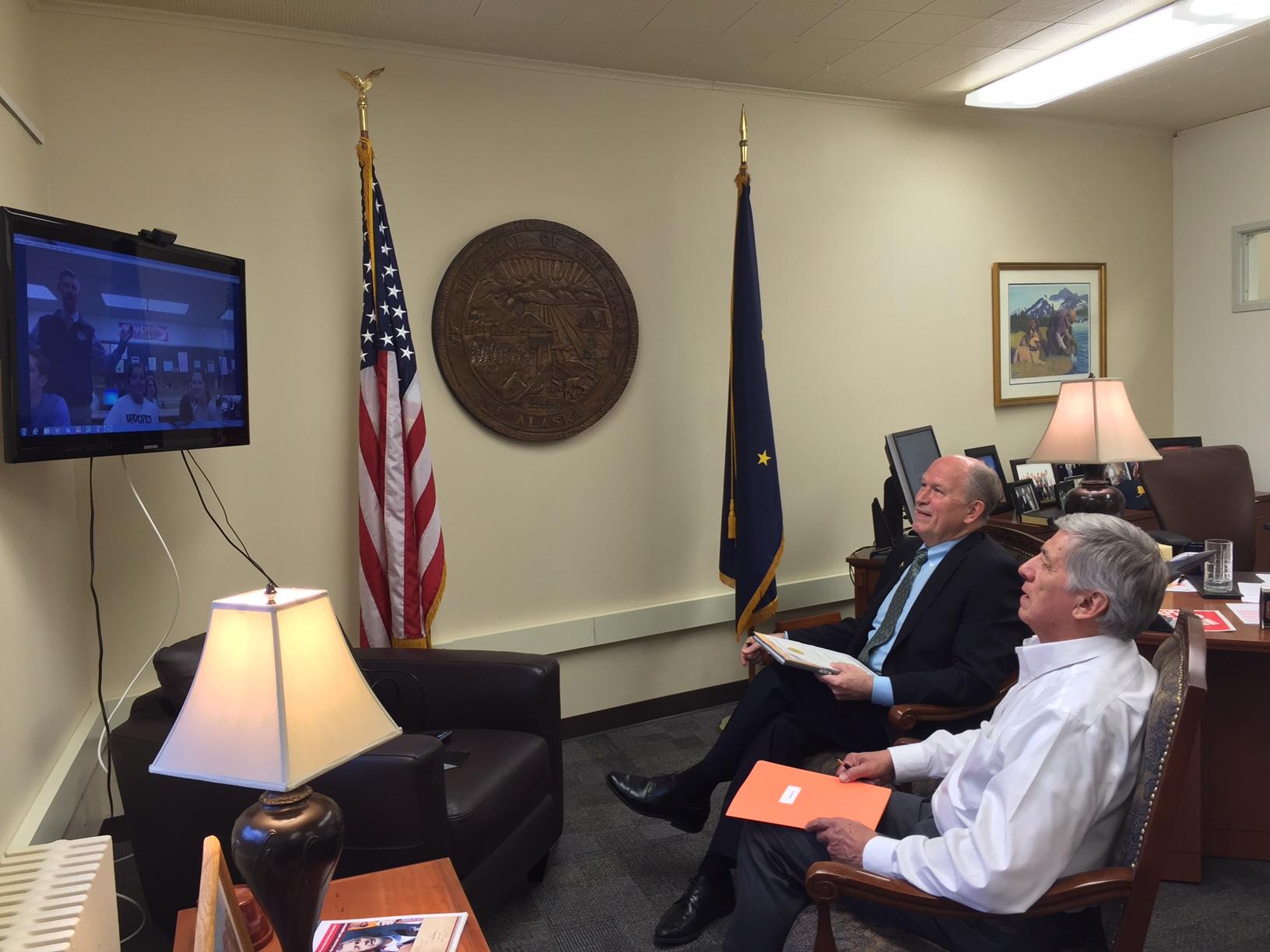 According to a press release, the governor and lieutenant governor surprised the two students with the news their essays had won while Skyping into their classes Tuesday from Juneau. Upon completion of construction and approval by the Legislature, the ferries will officially be named the Tazlina and the Hubbard--with the winning essays framed and displayed on the respective vessels.

In her essay, Malea Voran explained that Tazlina, an Ahtna Athabaskan name meaning “swift river,” is an appropriate name for a ferry, which should be named after something swift and agile. Taylor Thompson wrote her essay on the Hubbard Glacier, which, unlike most glaciers, has been thickening and advancing into Disenchantment Bay for over a century.

The two ferries are being built at the Vigor Alaska shipyard in Ketchikan after the Alaska Legislature appropriated funding for the projects in 2009 and 2012. Upon completion in 2018, the ferries will provide day boat service between Juneau, Haines, and Skagway – also known as the North Lynn Canal region.

In January, the Governor called on Alaska students to submit essays on potential names for the vessels. According to statute, each ferry is to be christened after one of the state’s 745 named glaciers.

According to Walker, “Benny Benson was 13 years old when he won the contest to design Alaska’s flag. Similarly, these students are leaving their mark on history by helping name the two most recent additions to our fleet of Alaska Marine Highway System vessels."

In all, 448 6th through 12th graders submitted essays to name the two new vessels.