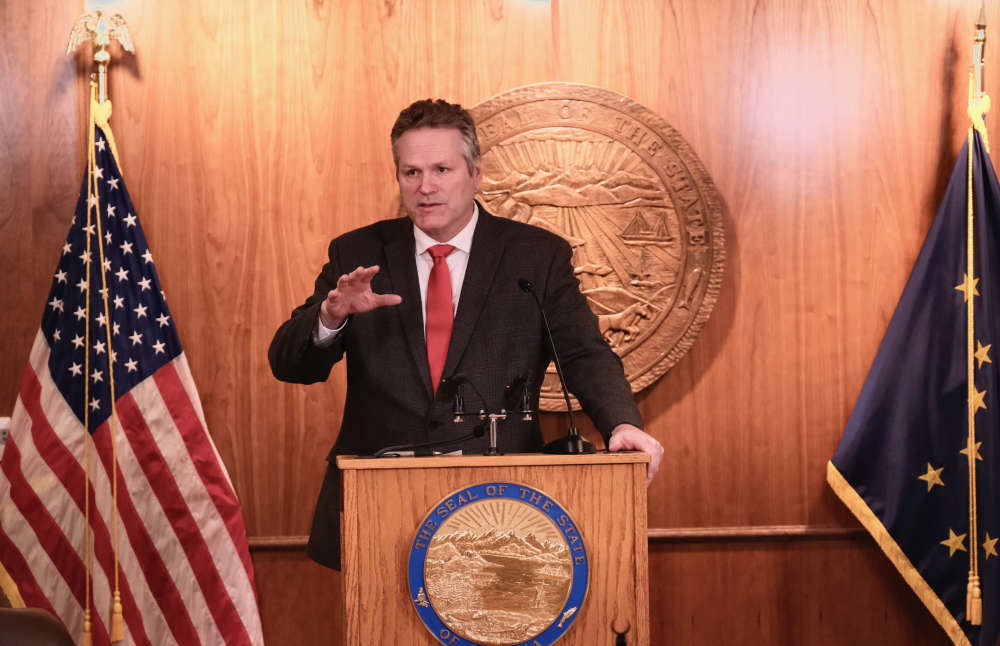 Juneau, Alaska (KINY) - Governor Mike Dunleavy spoke to his priorities and proposed legislation for this year's session during a news conference Monday.

"To make sure that everyone's vote counts, to make sure that we all feel that elections, in fact, do matter and elections quite frankly, for Americans, It's sacred, It's a sacred endeavor."

He says he is also proposing legislation aimed at making the state a safer place, with bills addressing missing persons and sex traffickings.

"We're also going to be looking at getting legislation passed that makes Alaska safer, missing persons bills under the age of 21, HB 106 and SB 92, We've got some sex trafficking bills we want the legislature to take a look at, protecting victims and making sure that we have the funding in our budget that will ensure that we have the resources to make Alaska a much safer place."

The Governor says he will be working to bolster agricultural efforts in the state to ensure that it actually have an agricultural industry, and that it grows.

"We believe there's great opportunity in the future to grow this sector to exports, and we're going to do what we can internally to help this sector grow and have a base so that we can feed ourselves, at least many of the basics that we buy on a daily basis."

In a release, Dunleavy says leaders should keep constituents' needs in mind over the next 120 days, he adds that they have a lot to do in a short period of time.

"We are facing new elections. We're facing redistricting. We're facing issues regarding the safety of Alaska, especially our most vulnerable, we're looking at issues in terms of our fiscals with regard to the Permanent Fund. All of these things can be dealt with in this session," he said.