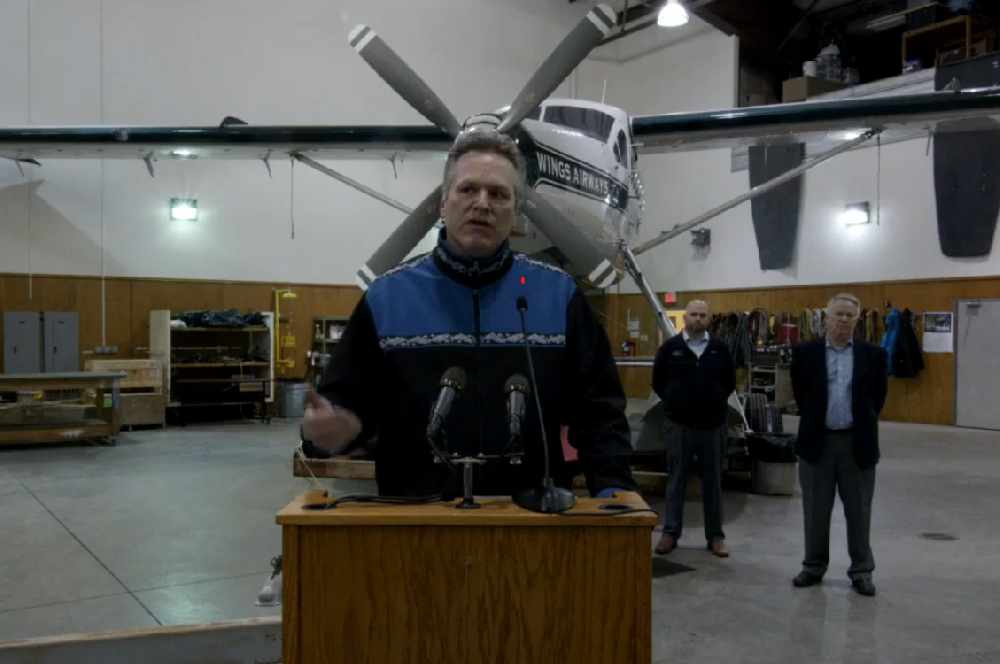 Governor Dunleavy at a press event on Friday. Photo via Governor's livestream.

Juneau, Alaska (KINY) - In a press event on Friday, Alaska Governor Mike Dunleavy said the state was launching a nationwide advertising campaign to entice tourists to come to Alaska and signaled his intent to work towards a 2021 cruise ship season.

Gov. Dunleavy said the advertising campaign is intended to show that Alaska is one of the safest destinations in terms of COVID-19, citing the state's low caseload and high vaccination rate. "You'll be safe if you come here," he said.

He also mentioned the efforts of his administration, the state legislature, and Alaska's Congressional delegation in working to allow cruise ships to travel again to Alaska. He specifically said he wants the Centers for Disease Control and Prevention (CDC) to "give us an opportunity to, once again, demonstrate we know what we're doing" when it comes to COVID-19 mitigation. "Allow us to come up with the plans," he said.

The state of Florida this week filed a lawsuit against the CDC and the Biden Administration to get cruise ships sailing again. When asked about whether joining the lawsuit is something Alaska will consider for restarting the tourism industry, Gov. Dunleavy said that is one of the tools on the table available to them.

Gov. Dunleavy used the event to sign SJR 9, a resolution passed by both houses of the Alaska legislature that calls on the federal government for a temporary exemption from the Passenger Vessel Services Act. The resolution will be sent to Congress and President Biden.