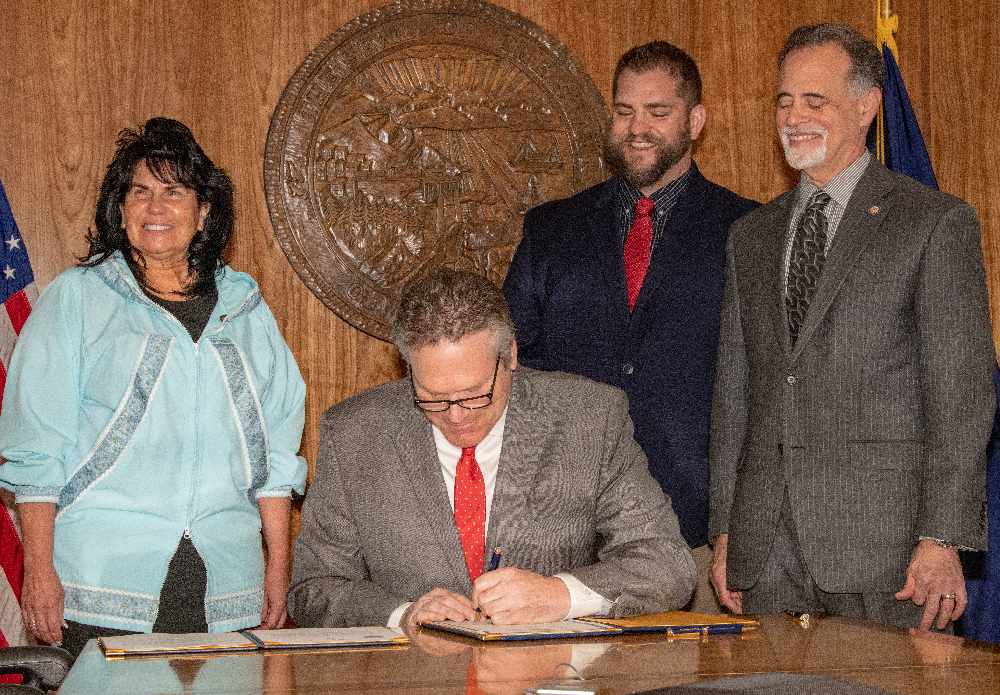 Governor Dunleavy signs a proclamation ending the COVID-19 Emergency Declaration in the Alaska State Capitol on April 30, 2021. Photo via the Office of the Governor

Juneau, Alaska (KINY) - After months-long debate on House Bill 76, the bill that extends the COVID-19 disaster declaration after it was left to expire earlier this year, was signed by Governor Mike Dunleavy on Friday. Shortly after, the governor issued a proclamation that officially ends the disaster declaration.

A provision in the law extended the declaration until the end of this year or at the governor's discretion.

"It's very prescribed, very narrow," said the commissioner in a media briefing on Friday afternoon. He assured that this move allows the state "to make sure we can continue the responses we have" to the COVID-19 pandemic. The disaster declaration that was in place before had more powers than are needed to respond to the pandemic now that the infrastructure is in place, according to Crum.

Public health officials maintained that if the COVID-19 situation took a turn for the worse, such as uncontrolled variant spread, a disaster declaration may be issued again.