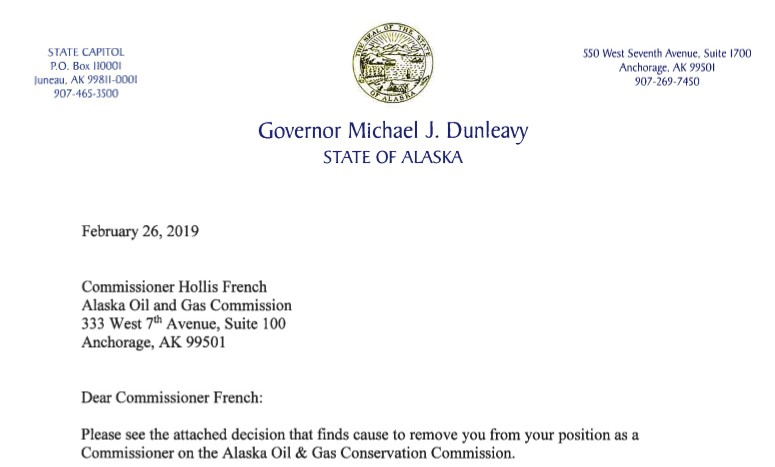 The governor sent a letter to French on Tuesday notifying him of his decision. French has 30 days to appeal.

The letter was provided to members of the media by Dunleavy spokesperson Matt Shuckerow.

A letter released previously by the administration shed light on the governor's plans to possibly relieve the former state senator as the chairman of the commission.

Dunleavy had accused French of chronic absenteeism and states French's absences have been "unexcused."

Shuckerow confirmed the original letter was written as the basis for “the commissioner’s removal from office for cause,” and referred further questions to the Department of Law.