Gov. Dunleavy: 'One pill can kill' warning on fentanyl 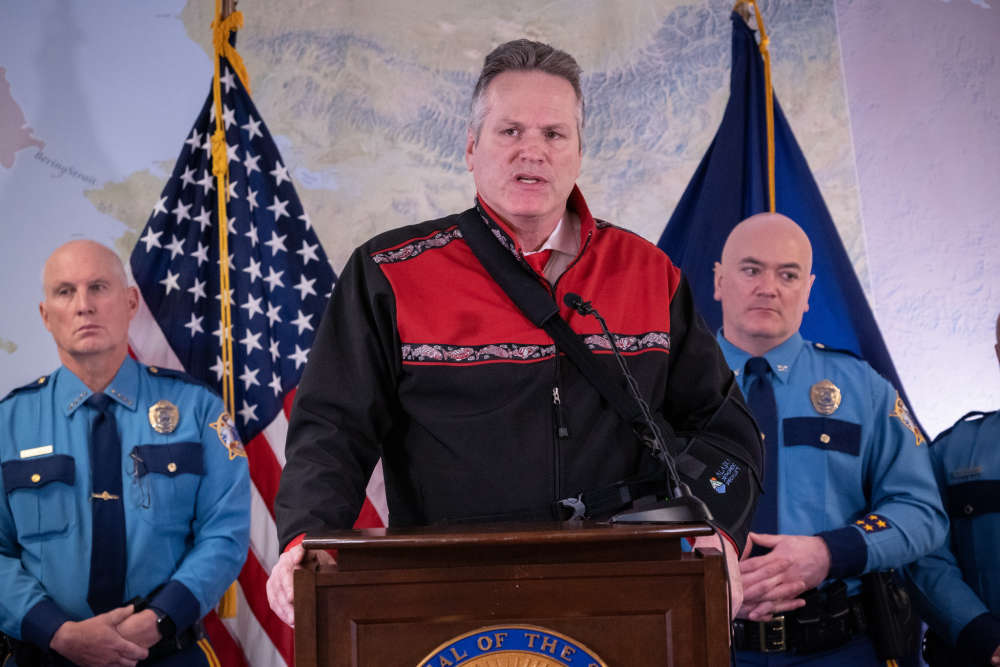 Wasilla, Alaska (KINY) - Governor Mike Dunleavy addressed the fentanyl crisis in Alaska on Tuesday, highlighting the effort of healthcare officials and others to spread the warning: one pill can kill.

According to the governor's office, as fentanyl and fentanyl precursors flow from China to Mexico, the drug makes its way to Alaska through an insufficiently protected southern border. Often in the form of counterfeit pills or added to heroin or other drugs.

While extremely poisonous (100 times more potent than morphine), fentanyl is used by dealers because it is extremely addictive to the user, even in amounts the size of a few grains of salt.

"As a result of that total disregard for the safety of others, these drug dealers will be prosecuted to the fullest extent of the law including being charged with manslaughter if an individual ingests that drug and dies,” said Governor Dunleavy. “I will be asking for the Legislature to increase the penalties to the maximum extent possible for anyone who deals fentanyl or fentanyl-laced drugs.”

Fentanyl is driving a 71 percent increase in opioid deaths in Alaska from 2020 to 2021. This insidious drug is a threat to all Alaskans. Overdose deaths increased 25 percent in the same time period for Alaskans aged 15-24.

A larger increase of nearly 300 percent was seen in young working adults aged 25 to 34.

“At the state level, agencies are developing additional strategies and resources with federal partners to protect Alaskans from the scourge of fentanyl and fentanyl-laced illegal opioids,” said Governor Dunleavy. Today the Governor addressed public health stakeholders and drug awareness advocates at True North Recovery, an outpatient clinic in Wasilla.

“At the federal level, we will continue our work with other governors and press the Biden Administration to do more to stop China’s shipments of fentanyl and fentanyl precursors to Mexico and protect our southern border,” said Governor Dunleavy.

In the first three months of 2022, the Alaska HIDTA initiatives has seized 1,244 grams of fentanyl, enough to kill 622,000 Alaskans. Just two milligrams of fentanyl could be lethal.

"The Alaska State Troopers and our local, state, and federal law enforcement partners are committed to disrupting the drug trafficking that is occurring across the state and taking the lives of far too many Alaskans," stated James Cockrell, Commissioner of the Alaska Department of Public Safety. "While law enforcement is only one piece of the united effort to combat fentanyl, heroin, and methamphetamine in Alaska, we will continue to hold those who deal these dangerous drugs accountable for their reckless actions."