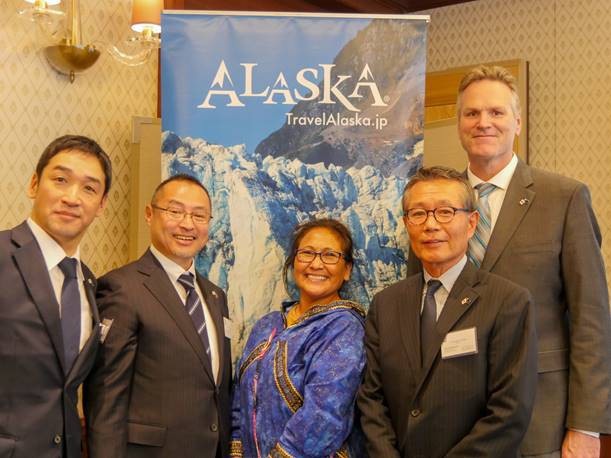 Governor Dunleavy's meeting comes at a time when Japan is pivoting towards an energy transition that Alaska can supply in the coming decades, including blue and green hydrogen, at a time of great geopolitical instability.

"Alaska and Japan have a trade partnership going back over fifty years to the first LNG export from Nikiski to Japan," said Governor Dunleavy. "The natural gas of the Cook Inlet literally turned the lights on in cities across Japan and powered the economic engine that lifted that nation's postwar society into a critically powerful western ally. There appears to be, due to the shift across the world away from older fuel sources, and the simultaneous need for supplies that are not risked due to political instability, a role that Alaska natural gas could play. Alaska can supply Japan with another fifty of natural gas and clean hydrogen for decades to come."

Governor Dunleavy's journey came on the heels of the inaugural Alaska Sustainable Energy Conference, which showcased the multifaceted ways the state can produce various sources of fuel for both the state and the world, in an environmentally safe manner. The Governor conducted the trip along with the First Lady, Rose Dunleavy, and members of the Alaska Gasline Development Corporation, marked the Governor's second foreign trip during his administration; the Governor's first was also to Japan in 2019, marking the 50th anniversary of the first LNG shipment from Nikiski to Tokyo.

For four days, Governor Dunleavy and the Alaska delegation held meeting with representatives of the Japan Energy Resource Agency (JERA), the Japanese Ministry of Economy, Trade and Industry (METI), the Japan Oil, Gas and Metals National Corporation (JOGMEC), the Japan Bank for International Cooperation (JBIC), along with Tokyo Gas and TOYO Engineering.

Meetings were also held with the Mitsubishi Corporation, the Chiyoda Corporation, as well as INPEX and O.S.K Lines.