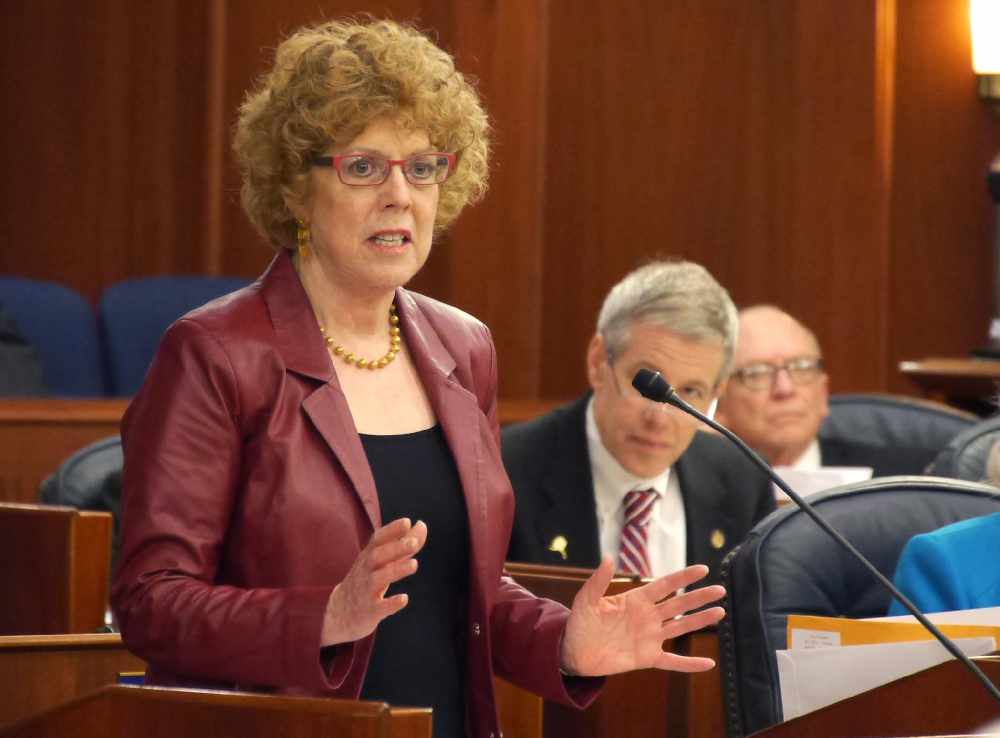 JUNEAU, Alaska (AP) — The bipartisan Alaska House majority lost one of its Republican members Friday, ahead of what are expected to be difficult negotiations over the budget and size of the check to pay residents from the state's oil-wealth fund.

Rep. Gabrielle LeDoux was the only member of the House majority coalition Friday to vote to accept the Senate's version of the budget, saying she saw it as perhaps her only opportunity to vote for a full dividend payout from Alaska Permanent Fund earnings.

The Senate budget follows the calculation that has been ignored the last three years amid an ongoing budget deficit and would produce checks estimated around $3,000 each. However, Senate leaders have said that figure could still change. With a full dividend, the Senate budget has a $1.2 billion hole that would still need to be filled.

The budget that passed the House did not include a dividend amount, with leadership on that side saying the dividend would be debated separately later.

LeDoux said she expected her vote would mean she was out of the caucus. She said she was at peace with her decision, noting the importance of the dividend to her constituents.

"The deal is that you vote for the budget and you vote for procedural votes or you leave the caucus — and I'm willing to live with the consequences," she told reporters.

The caucus' press secretary, Austin Baird, confirmed that LeDoux was no longer part of the caucus, which would leave it with 24 of the House's 40 members.

This move comes as the Legislature aims to complete its work by mid-month. Major issues remain to be resolved, including legislation addressing crime and agreement on the budget and size of this year's dividend amount.

There is disagreement in various caucuses over the size of the dividend. Gov. Mike Dunleavy has called for a full dividend.

Typically, the House passes a budget that is reworked by the Senate and sent back to the House for agreement. Generally, the House rejects the Senate rewrite, and the budget goes a conference committee, where negotiators work on a compromise.

One big issue, aside from the dividend, is a Senate proposal to move $13 billion from fund earnings to its principal, a move supporters say is intended to help fortify the fund and prevent overspending from earnings. At the end of March, the earnings reserve was valued at $18.4 billion.

House Minority Leader Lance Pruitt, an Anchorage Republican, is among those who have raised concerns with the size of that transfer.