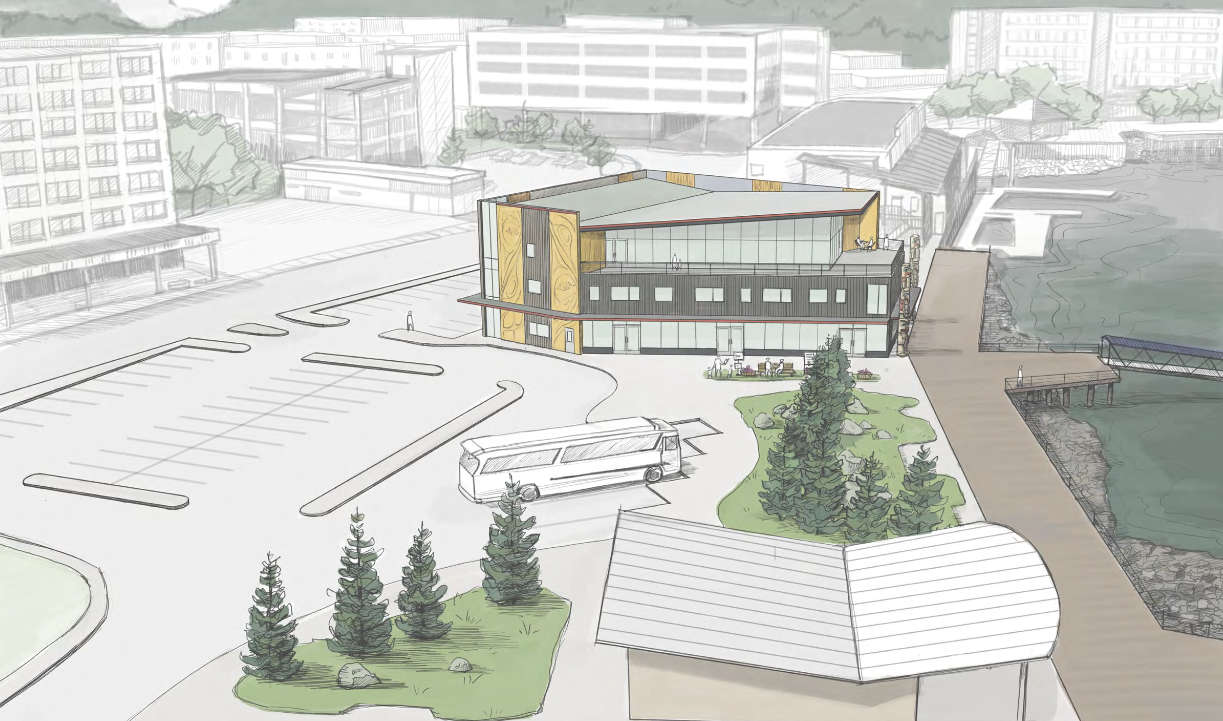 Goldbelt is proposing that a new three-story facility be built at the corporation's Seadrome building. The dock would accommodate yachts and small cruise ships of up to 273 feet. Part of the property will also be modified into expanded parking and staging.

Since the ownership in parcels of the property is a mix between Goldbelt and the City, Port Director Carl Uchityl said that will need to be resolved.

"This would be a Goldbelt-owned building, they would like to build it on property that is currently under CBJ ownership, so that's the that's kind of the rub is they want to move forward, they're ready to move forward. Their vision is to build it on CBJ land, but there's various parcels of land that need to be consolidated so that a entity like Goldbelt can move forward with a kinda master plan," he explained.

The proposal was presented to the Docks and Harbors operations and planning committee on the 20. In documents (Pg.50) presented to Docks and Harbors, Goldbelt said the terminal will provide an ideal arrival point for City. As for the building itself, they said it will feature Alaska Native Art on all sides, as well as a mix of offices and amenities.

"The board was very impressed with the presentation, and although there wasn't a vote taken, it seemed like there was consensus with the board members that it's something they'd like to support," Uchityl said.