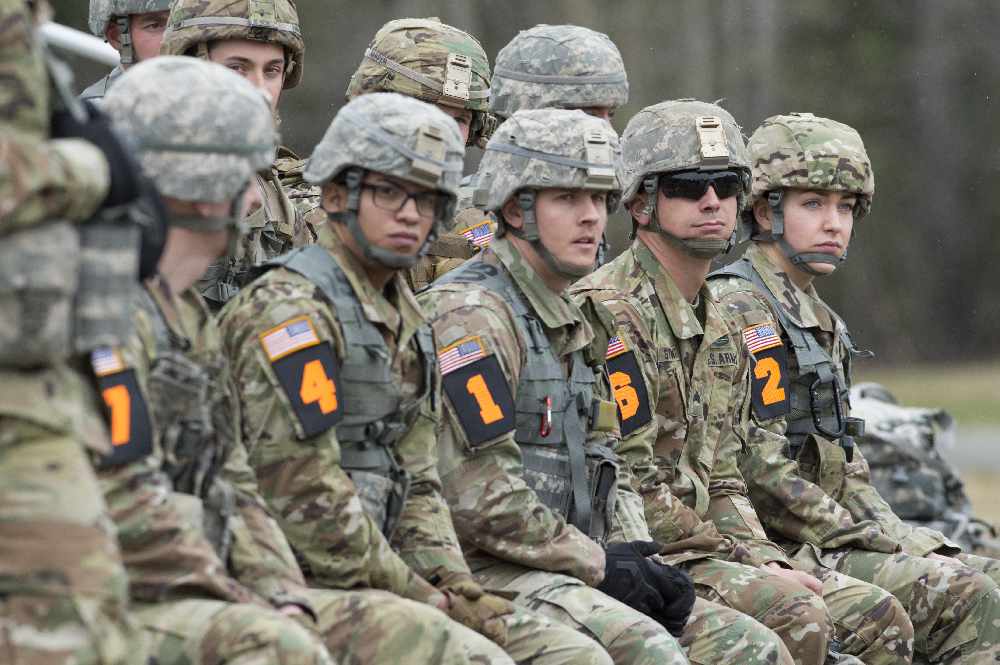 Soldiers from the Alaska Army National Guard train at JBER.

Juneau, Alaska (KINY) - Many Alaskans are receiving inaccurate or false text messages stating the National Guard is being deployed.

According to a press release, inaccurate information in being distributed to some Alaskans via text message stating that the state militia is being activated.

The messages were also sent to the State of Alaska COVID-19 Unified Command, which received multiple inquiries about fraudulent text messages.

Variations of the texts all claim inaccurate details about the National Guard being mobilized for enforcement. The Alaska National Guard has not been activated to augment law enforcement activities at this time. Nationwide, there are inaccurate and misleading reports of social media and text messages similar to those received by Alaskans.

“As a partner in the Unified Command with Health and Social Services and Public Safety, the Department of Military and Veterans Affairs activated the State Emergency Operations Center,” said Maj. Gen. Torrence Saxe, commissioner for the DMVA and adjutant general of the Alaska National Guard. “Within the DMVA is the National Guard. We began preparing for potential requests two months ago; I stood up a joint task force, plussed up the joint staff and we identified possible scenarios in which the National Guard may be asked to provide support.

“We train year-round so that we are ready when called,” continued Saxe. “It’s important that citizens understand that we typically augment civilian agency personnel and operations that are already in place, and the National Guard is available for when needs surge which require additional forces and capabilities.”

Requests from communities for COVID-19 support must be made through the State Emergency Operation Center, which coordinates the emergency response effort for the Unified Command.

The decision to activate forces would be made by Saxe, under the order of Alaska’s Governor Mike Dunleavy.

“Alaskans should be commended for the way they have responded to the difficult social distancing measures we have asked of them. With few exceptions we have seen voluntary compliance with the necessary closures that our health experts recommended,” said Bryan Fisher, incident commander for the SEOC and Unified Command. “Frankly, I never doubted that Alaskans would pull together as they have.”

The Unified Command  was formed to support Alaskan communities that are responding to COVID-19. More than 19 communities have activated their Emergency Operation Centers, issued local disaster declarations, or both.

The Alaska National Guard will be called upon to fulfill missions if other state resources are unavailable and/or private industry is unable to meet community requests.