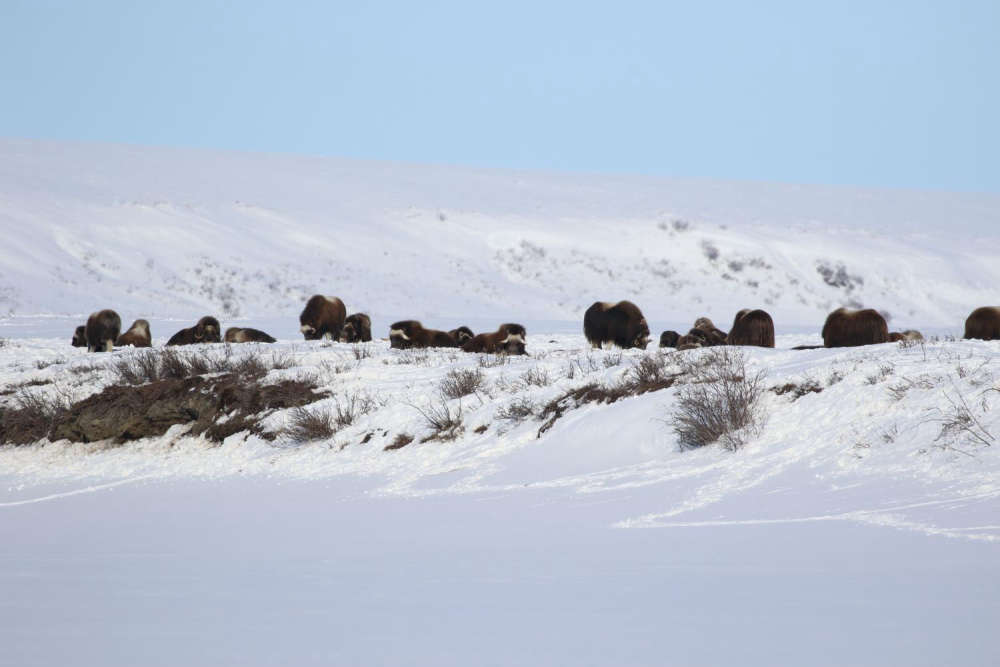 Juneau, Alaska (KINY) - Peter Ray and Syndonia Bret-Harte have studied Arctic plants for a combined 50 years, but they recently found there was still more to learn when an accidental experiment led to a surprising discovery about how such plants behave in the snow.

Their finding warns of a potential new mechanism for future Arctic warming.

Ray, a professor emeritus at Stanford University, and Bret-Harte, a professor with the University of Alaska Fairbanks Institute of Arctic Biology, found that woody Arctic and boreal shrubs and trees become more “bendy” when frozen. The researchers named the counterintuitive phenomenon “cryocampsis,” from the Greek roots “cryo” for “frozen” and ”campsis” for “bending.”

The scientists reported on cryocampsis in a study published in the Proceedings of the National Academy of Sciences Nexus.

“I've never had a project that was so serendipitous before this one,” Bret-Harte said.

One day in 2006, Ray and Bret-Harte were testing the ability of shrub branches to bend under the weight of winter’s snowpack to understand how these plants affect the Arctic’s reflectivity, or albedo.

Decreases in this region’s albedo are a key contributor to Arctic amplification — the fact that the Arctic is warming four times as fast as the rest of the world.

“We were doing some springtime experiments on the deck outside of a lab at Toolik Field Station,” Bret-Harte said, “and we just happened to have a cold night that went below freezing. Peter came back the next morning and said, ‘Hey, that's weird. What's going on here?’”

Common sense would say that freezing temperatures made the branches more rigid. But much to Bret-Harte’s surprise, the branches bent even farther in the cold.

“When the darker shrubs are buried underneath the more reflective snow surface, then most of the sun’s radiation gets reflected back to space, keeping the climate from warming as fast,” she said.

Though this isn’t something that's presently affecting the trajectory of the climate, that could change as future warming potentially causes shrubs to not bend as much and instead stand above the snow, she added.

“Currently it's like hitting a brake on warming,” she said. “If you warm things up enough that this brake is released, then that might accelerate further warming.”

The researchers confirmed this previously undescribed phenomenon through 15 years of experimentation with financial support from the National Science Foundation. They collected branches from nearly 200 plant species across the world and tracked their bending in varying temperatures using a custom cantilever apparatus that Ray built. All Arctic and most boreal plants displayed cryocampsis. Very few temperate and Mediterranean species and no tropical species did. 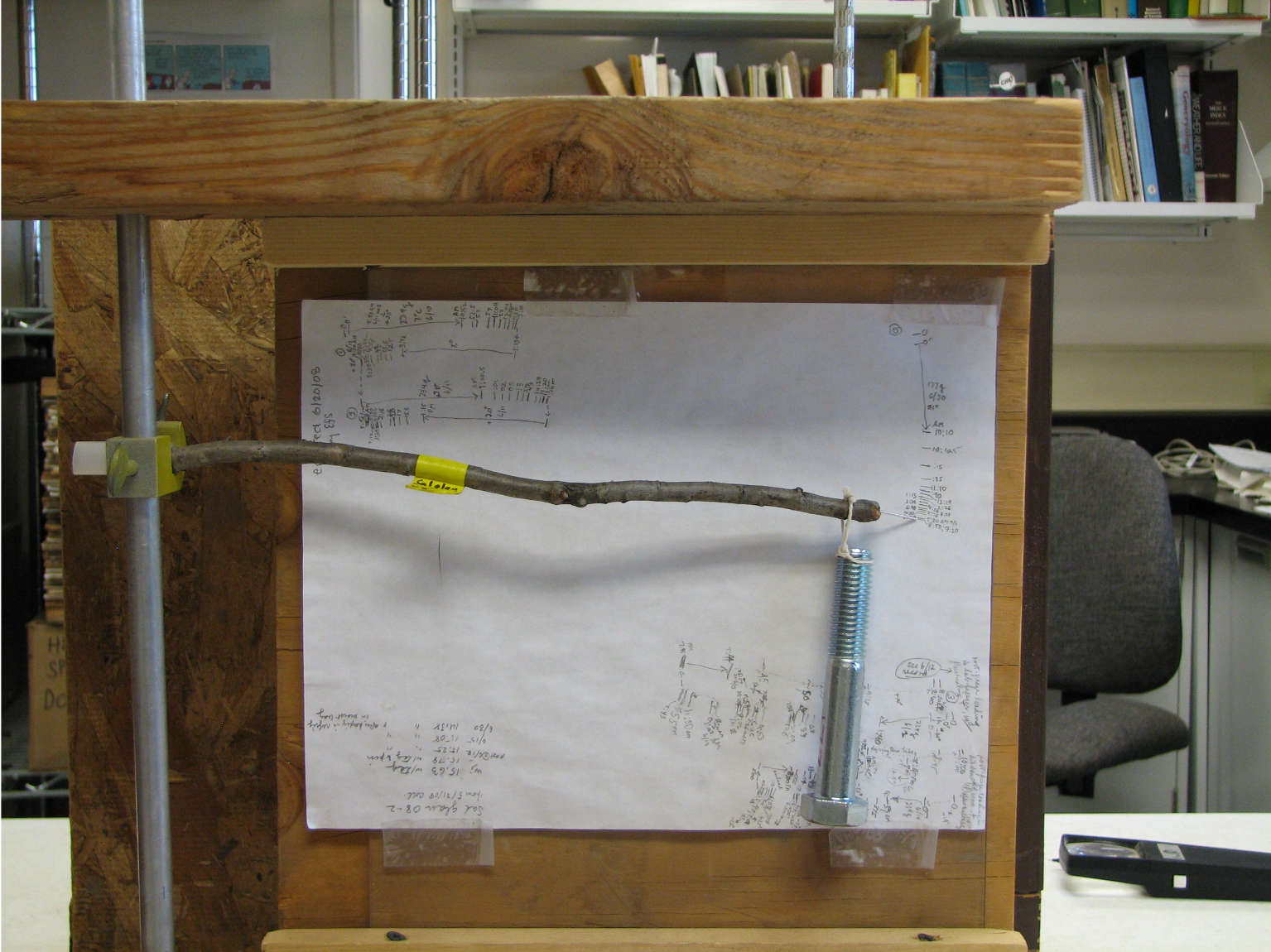 Researchers Syndonia Bret-Harte and Peter Ray designed and built the apparatus pictured above in 2006 to simulate the bending of branches under a heavy snowpack at UAF’s Toolik Field Station. A branch is held in place on one end and a weight is placed on the free end. A needle attached to the free end tracks the movement of the branch as it bends under the weight and rises again once the weight is unloaded. (Photo by Peter Ray.)

According to Bret-Harte, cryocampsis likely evolved from the protective advantages it confers during frigid northern winters.

Ray and Bret-Harte attribute cryocampsis to the movement of water between plant cell walls and ice that forms in the branches’ woody inner piping system. They suspect there’s something different about northern species, like a protein or carbohydrate, that distinguishes it from non-northern ones. The pair are collaborating with a Danish chemist to find out.

“The crazy thing is that when you warm up a branch with a load on it, it actually lifts the loads,” said Bret-Harte. “Where that energy comes from is a little bit mysterious.”

“There’s a lot to dig into here,” Bret-Harte said. “It’s not the end of the story, this is the beginning.”