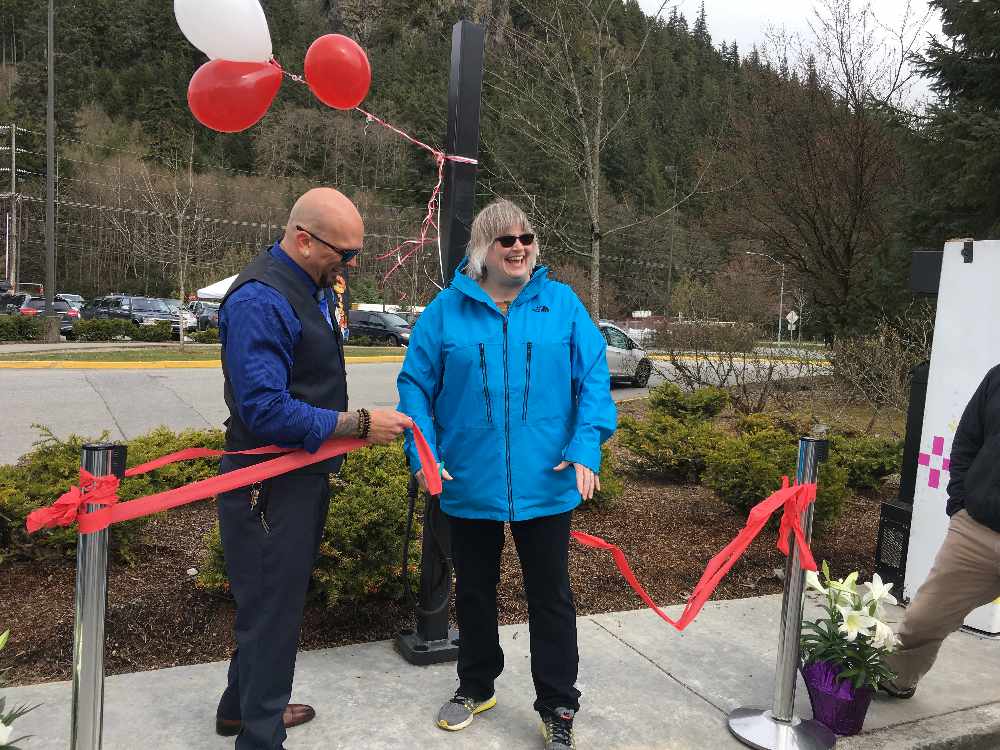 Private donations and grants have been used to improve infrastructure around the community.

A national event is being held in 175 communities today to encourage electric vehicles.  National earth day is scheduled for April 22.

Mayor Weldon said the CBJ is close to the purchase of an electric bus for Capital Transit.  She said they continue to do all they can to encourage the use of electric vehicles.  They also have helped install 12 charging stations around the borough, many of them privately owned, but used by the public.

"We have demonstrated Alaska leadership in embracing the use of electric vehicles," she added.  Weldon also thanked Fred Meyer for the support they show the community.

Store Manager Anthony Gurule said these are the first electric vehicle charging stations at a store in Alaska.  He said he hoped the stations will make it more convenient for his customers and attract more business to the store.