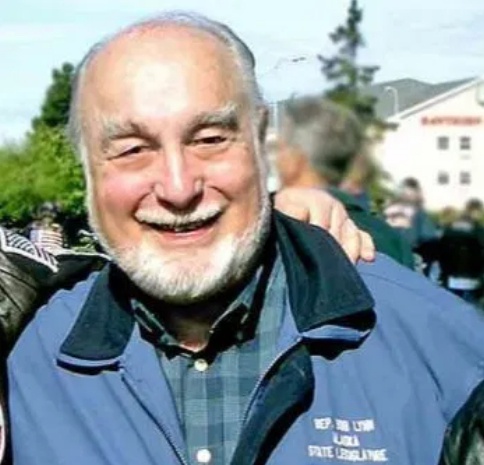 Anchorage, Alaska (KINY) - Former Anchorage-area Representative Bob Lynn passed away Monday at the age of 87. Lynn served in the House for nearly 14 years.

Several current-serving members of the Alaska House Republicans issued statements on his passing.

“Bob Lynn was my friend and a mentor. I was so fortunate to not only serve on the State Affairs committee when he was the Chairman, but we were neighbors on the 1st floor of the Capitol,” said Rep. Dave Talerico. “We shared the same birthday and enjoyed our celebration together for a couple of years. Bob’s life was full of family, friends, and great adventure and accomplishment. I will always treasure the time I spent with him. He will be missed but never forgotten. My thoughts and prayers are with Bob’s family.”

“Bob was such a great example of what it means to be an Alaskan,” said Rep. Lance Pruitt. “He always had so many stories about his time in the service and he was always there to help me find my way as a freshman legislator. I appreciated his wisdom and insights as I learned the legislative process and learned how to be a servant to our district. Bob was larger than life, and he will be missed.”

In the House of Representatives, Lynn was a member of the Republican caucus, serving on numerous committees, including as chairs of the State Affairs Committee and Military and Veterans’ Affairs Committee.