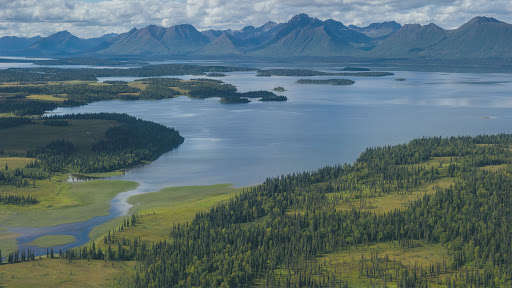 Their letter indicates that the EPA will issue a revised Clean Water Act Section 404(c) Proposed Determination for Alaska’s Bristol Bay watershed by May 31, 2022, meaning that a potential comment period could occur while Bristol Bay’s commercial fishermen and residents are out fishing and offline at remote fishing camps.

“Bristol Bay’s fishermen are deeply concerned by news from the EPA that they do not intend to protect Bristol Bay by the time we head out for another fishing season. We’ve been calling on EPA to finalize its proposed Clean Water Act protections for a decade.  Now, in spite of President Biden’s commitment in August 2020 to stop the Pebble Mine and despite a decade of science supporting Clean Water Act protections, we are yet again asked to wait," the release stated.

"The EPA has a responsibility to remove this threat which has been hanging over Bristol Bay’s fishermen and local residents for over a decade. The focus of this coming fishing season should be on Bristol Bay's record breaking salmon runs, not once again shadowed by the threat of the Pebble Mine. The EPA has a responsibility to Bristol Bay’s fishermen, tribes, and local residents to clarify their timeline, provide adequate opportunity for residents and fishermen to participate in the process, and finalize Clean Water Act protections this summer so that we don’t have to fish another season with the Pebble Mine threatening our communities and our future.”

Commercial Fishermen for Bristol Bay is a national coalition of fishermen dedicated to protect Bristol Bay, Alaska and the 15,000 jobs, $2.2 billion in economic activity, and generational way of life that Bristol Bay’s wild salmon provide.