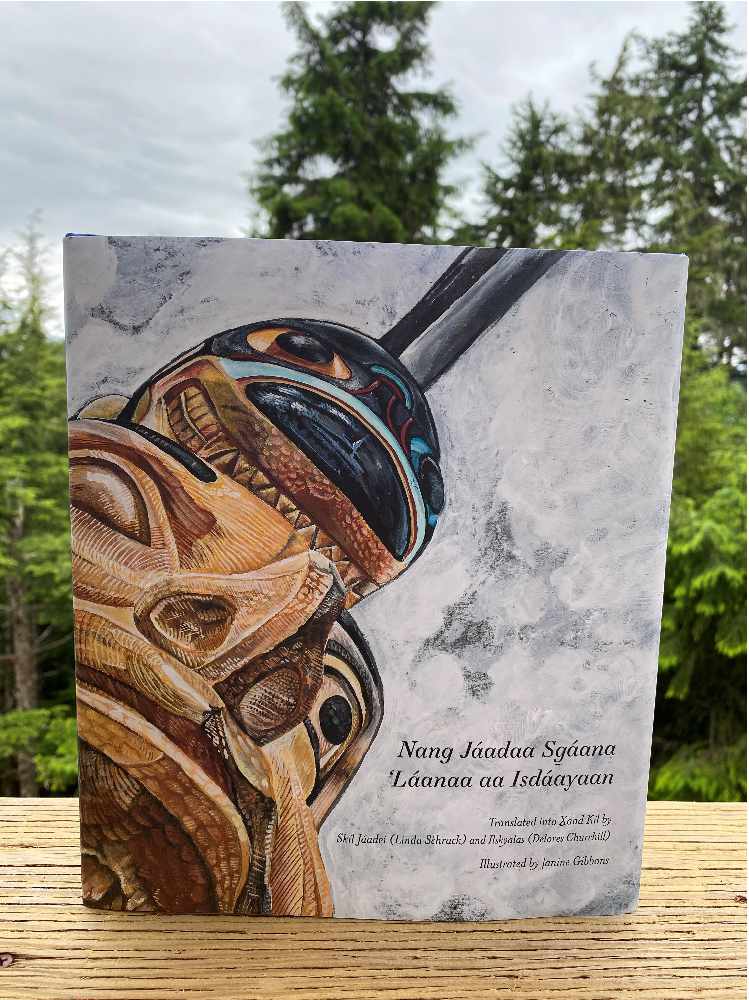 Baby Raven Reads is an award-winning program "that promotes early-literacy, language development and school readiness for Alaska Native families" with young children, according to SHI's website. In 2020, the program published three Alaska Native language books, two in Lingít and one in the Tsimshian language, Sm’algya̱x.

"This is the third in that series of Indigenous language-only books, and it's something that families in the program have asked for as language-learners to be able to provide more language in the home for their children," said program manager Tess Olympia in an interview with News of the North. "So this is the first X̱aad Kíl book we have been able to put forward."

Though the books are intended for children, readers of all ages can enjoy them. "From a learner's point of view, we don't have that many of the printed resources," said Susie Edwardson, a Haida language-learner and the Haida and Tsimshian project coordinator for SHI. "And so having SHI produce a book that not only 0- to 5-year-old learners can use, but adult learners that are beginners can also use this as a resource."

"There are so few books published each year that are written and illustrated by Alaskan Native or Native American authors and illustrators," Olympia said. "So to be able to increase that number, have representation for families, to have their stories told in books--I think is really powerful."

Edwardson said it's important for Indigenous stories to be told in their own languages. "Having a story in your Indigenous language is a rare thing for it to be printed," she said. "It has so much more meaning versus having the stories translated to English, because certain concepts and words sometimes can't even be translated into English so the stories are so much richer."

Olympia said the funding for the program through the Alaska Native Education Program and the Administration for Native Americans is coming to end, but they hope to publish more Indigenous-language books in the future.