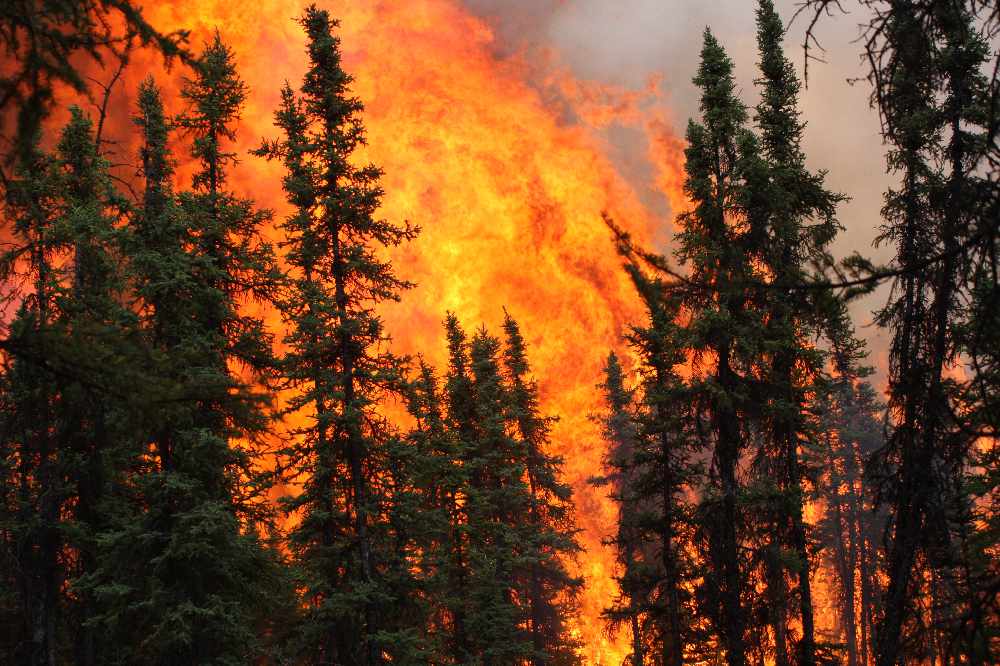 ANCHORAGE, Alaska (AP) — Drivers using a highway on Alaska's Kenai Peninsula were warned to expect long delays from a wildfire that has sent smoke into the state's largest city.

The fire is 2 miles (3.22 kilometers) north of the Sterling Highway and 5.5 miles (8.8 kilometers) northeast of the unincorporated community of Sterling on the eastern side of the peninsula, one of Alaska's most popular tourist destinations.

"Motorists are encouraged to plan ahead, top off gas tanks, bring extra ice for fish, food and snacks, and be prepared for long travel delays," fire managers said in a release.

The Sterling Highway leads to popular salmon fishing destinations on the lower Kenai River and halibut fishing in Homer and other coastal communities.

The fire is 60 miles (96.5 kilometers) southwest of Anchorage, and smoke clouded skies throughout the weekend.

Northwest winds pushed the fire past an established fire line and near a power transmission line that connects the Bradley Lake Hydroelectric Facility to utilities north of the peninsula.

Firefighters on Tuesday were hoping for a predicted wind shift that would allow them to ignite strategic burns and create fire breaks to protect the transmission line that runs several hundred feet north of the highway corridor.

The Alaska Incident Management Team reported the fire by Tuesday morning had increased to more than 58 square miles (150 sq. kilometers). That's small by Alaska standards but critical because it's near infrastructure.

As of Monday afternoon, 379 personnel were fighting the fire.

The Kenai National Wildlife Refuge closed recreation areas. Temporary flight restrictions are keeping out aircraft so firefighting aircraft that scoop water from nearby Skilak and Hidden lakes can operate unencumbered.

Hot and dry weather is predicted for several more days.