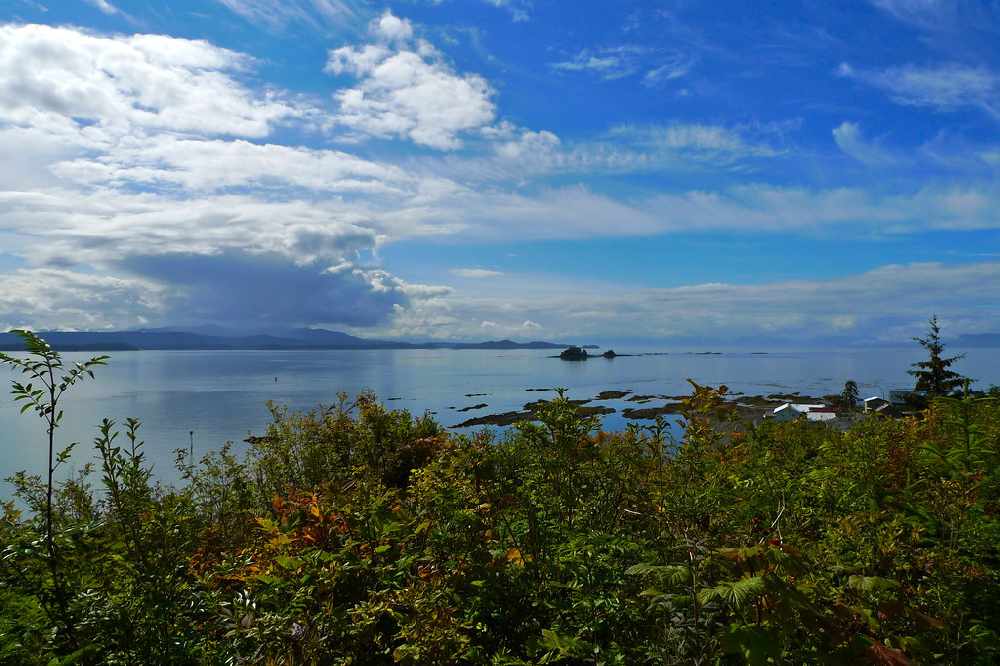 A view of Kake looking toward Frederick Sound.

Washington, DC (AP) - A federal board has approved changing the name of a Southeast Alaska bay following a petition from tribal leaders over its association with military aggression, officials said.

The U.S. Board on Geographic Names approved changing the name of Saginaw Bay to Skanax Bay last week, CoastAlaska reported.

The Alaska House of Representatives and Alaska Historical Commission endorsed the name change earlier this year. The change was requested by the Organized Village of Kake, the area’s tribal government.

“As a clan we never relinquished to the rights to this bay,” Dawn Jackson, executive director of the Organized Village of Kake, told a House committee considering a name change resolution in May.

“It’s been a contentious history of how Saginaw (Bay) got named,” Jackson said. “And in 2018, our tribe passed a resolution unanimously to move forward, introducing and putting back on the land, our traditional name of Skanax.”

Three Tlingit villages east of Sitka destroyed by the U.S.S. Saginaw in 1869 were deserted in advance of the gunboat’s bombardment in the bay located off Kuiu Island. Soldiers landed and burned winter food stores and provisions, leading to starvation, according to tribal oral accounts.

An unexploded artillery shell from the bombardment weighing 60 pounds (27 kilograms) was defused in 2011 after being discovered in a house where it was kept as an heirloom.

The period known as the Kake War is linked to other Southeast Alaska names including Murder Cove, Surprise Harbor and Retaliation Point, officials said.

The name Saginaw “is an affront to the local Tlingit community and a source of discomfort for many residents of the Kake,” said Democratic state Rep. Jonathan Kreiss-Tompkins, who sponsored the resolution.