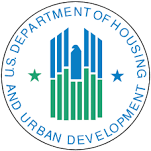 Jacqueline Pata, the authority's president and CEO, said the funding they applied for is under the "Healthy Homes" program within HUD.

"We were really excited that we got it and especially happy that he's smart also received the grant award. These are dedicated for trying to improve the health and safety of homes in our communities. The Housing Authority has received healthy homes grant several times before in the last couple years and we've been able to do a lot of improvement as far as the quality of heat, putting in heat pumps, improving the water systems within the homes, and also doing renovations, repairs to help make the homes a little bit more safe, removing carpet and putting in flooring which really helps with a lot of dust issues and other kinds of things that really is difficult for breathing and respiratory issues."

"We've been working with Heat Smart on trying to encourage and share more information around the heat pumps and being able to reduce, not just the carbon in the communities, but also being able to just have a more efficient way of providing heat and it was great that they received a grant to so we can partnership together and with the housing authorities funds being used in some of the outlying communities partnering together with what gets done here."

The Alaska Heat Smart program will be working with the Cold Climate House and Research Center, Renewable Juneau, and the City and Borough of Juneau to make improvements to over 100 lower income families in Juneau. People will be asked to apply in the not too far distant future.