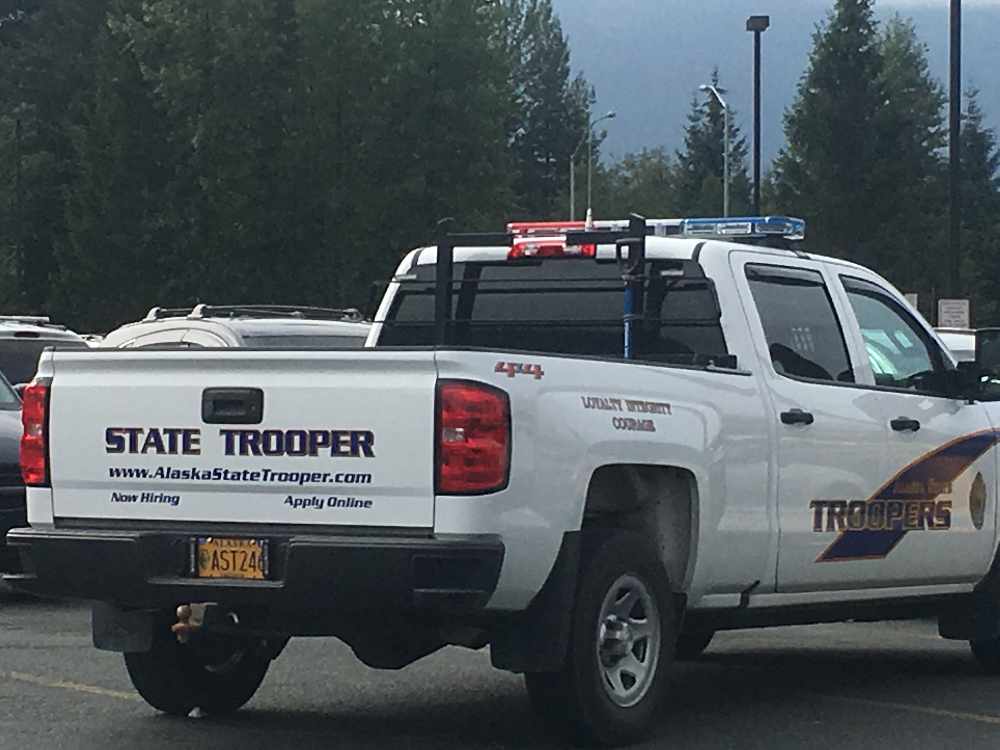 Juneau, Alaska (KINY) - Multiple state troopers are on administrative leave after a fatal shooting in Wasilla.

On Tuesday afternoon at about 5:46, troopers were notified of a man armed with an ax and firearm who entered a home uninvited and was demanding for a resident who was not at the home.

The man was unknown to the occupants and left the home. No one was injured.

The man had fled into a wooded area. State troopers, joined by a helicopter piloted by a wildlife trooper, searched the area. During the search, troopers say the man was indiscriminately firing a weapon in an unknown direction.

Troopers briefly spotted the man; however, they say he refused to follow commands and continued moving through the wooded area. He was located later that evening at about 8:15 and had begun shooting at multiple Alaska State Troopers in the area. During an exchange of gunfire between the man and Troopers, the man was fatally wounded.

The man, 35-year-old Wasilla resident Joshua Baert, was declared deceased at the scene. Next of kin have been notified. No law enforcement officers were injured during the incident.

The Alaska State Troopers that discharged their service weapons have been placed on administrative leave for three days, as per department policy. The Alaska Bureau of Investigation is now conducting a thorough investigation into the incident.