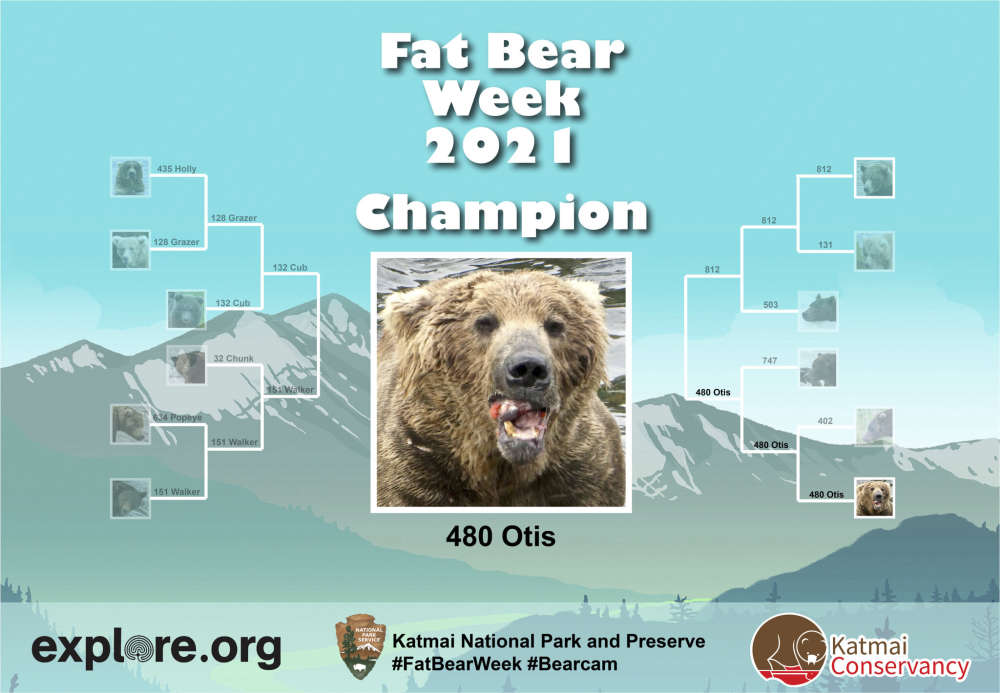 Juneau, Alaska (KINY) - Voting for Fat Bear Week wrapped up with a clear winner in this year's annual tournament celebrating the success in bear preparation for winter hibernation.

Fat Bear Week is a single-elimination tournament that occurs in Katmai National Park at Brooks Falls. It celebrates the bears that are feeding in the Brooks River. Project and Media manager for the Katmai Conservancy, Sara Wolman, said it's this time of year, they get massive and the public gets to vote on who is the fattest.

Wolman said in 2014 it was started by Mike Fisher, a park ranger out of Katmai. She said it really took off in 2016 and it has only gotten bigger, "it's international now which is wild."

"He's one of the older bears at Brooks Falls, he's about 25+ years old, which is pretty old for a bear, and he's a big fan favorite," she said. "We were really worried that he wasn't gonna show up this year, but he came in late July. He was all scrawny like skin and bones, you can see his ribs and everything and then he just plumped up in a really short amount of time."

Wolman said Otis has nailed down a technique, despite his big incisors being gone. "He's managed to get fat, he's just got a really successful fishing technique where he just kind of like flops on the far end of Brooks Falls and waits for the fish to come to him."

More information on the contest can be found at explore.org.