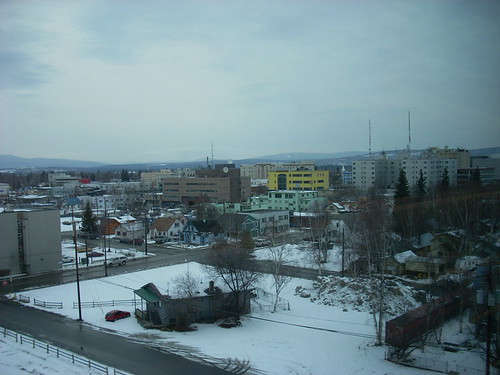 On Tuesday at about 7:23 in the morning, state trooper dispatch received a call that a gold in color Toyota Camry had left the scene of a motor vehicle crash on Phillips Field Rd and Peger Rd.

The Toyota Camry was located by the Alaska State Troopers Criminal Suppression Unit at the end of Phillips Field Road at the Ice Park.

A K9 Track was initiated and K9 Kenny tracked from the stolen vehicle to a RV Trailer inside the Ice Park.

The owner said there may be someone in the back that was not supposed to be in the trailer.

K9 announcement were made and a male, identified as Koali’I Foster Zimmer, 20 of Fairbanks, was apprehended by K9 Kenney after he refused to exit the trailer and not follow commands.

Zimmer was currently on Felony probation for DV Assault 3.

Zimmer was taken to FMH for medical clearance and then remanded to FCC on charges of Vehicle Theft 1, Misconduct Involving a Controlled Substance V, Leaving the Scene of a MVC, and felony Probation Violation.