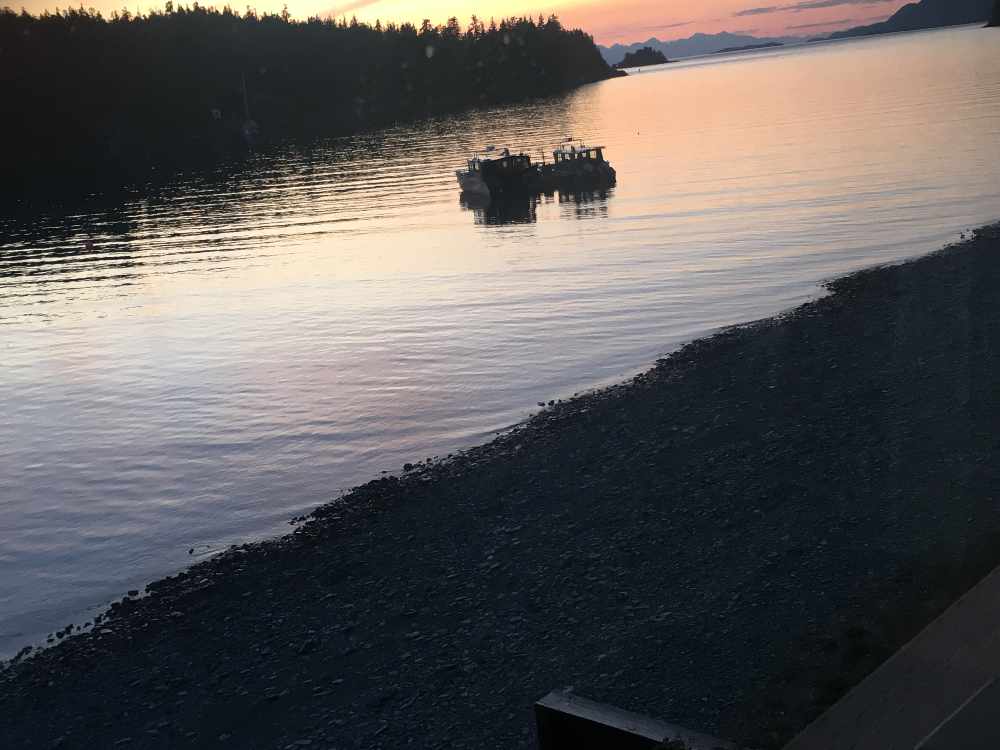 Sunset along the Lynn Canal (Photo Credit to Charles Murphy).

Coeur Alaska will pay three separate penalties.  The first is $240,000 for violations of their individual National Pollutant Discharge Elimination System permit for industrial wastewater discharges.  The second is a $210,000 penalty for violations of the Multi-Sector General Permit for Stormwater Discharges associated with industrial activity.  The third is an $84,500 penalty for failure to report releases of nitrate compounds under the Emergency Planning and Community Right to Know Act.

Ed Kowalski, Director of the EPA's Enforcement and Compliance Assurance Division in Seattle, said large-scale mining operations must diligently comply with all relevant regulations, or people and the environment suffer, "Coeur Alaska's Kensington mine generates and manages large volumes of both wastewater and stormwater containing pollutants that can degrade water quality and seriously harm aquatic life.  By looking at the entire facility during the multi-media inspection, we had a clearer picture of day-to-day operations.  Coeur Alaska can and must do better in order to comply with our fundamental laws that protect people and the environment."

Numerous alleged violations were documented during an inspection of the facility in 2015.  They included 200 wastewater discharge violations, unauthorized discharges of acid rock drainage into Lower Slate Lake, improper operation and maintenance of sampling equipment, multiple effluent sampling violations, failure to develop a complete stormwater pollution prevention plan, failure to repair a secondary containment structure for over a year that holds a majority of the facility's fuel, failure to conduct required monitoring, assessments, inspections and training, failure to use proper sample handling and analysis procedures and failure to report releases of nitrate compounds annually from 2013 to 2017.

Coeur Alaska also signed an Administrative Order on Consent for the unauthorized discharges of acid rock drainage into Lower Slate Lake.  They agreed to collect and treat the acid rock before it is discharged into the lake.

Under terms of the agreement, Coeur Alaska, Inc. neither confirms nor denies the facts as outlined in the agreement.

The Kensington underground gold mine and associated milling facilities are located on the east side of the Lynn Canal about 45 miles north-northwest of Juneau,