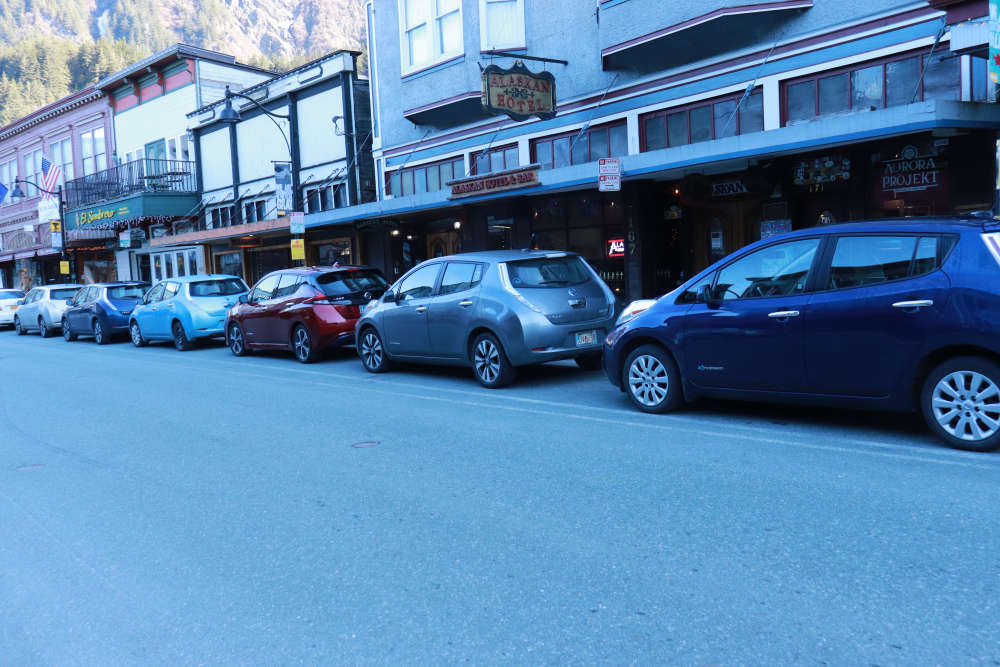 Juneau, Alaska (KINY) - An electrical car rally gathered in Downtown Juneau to capture a comparison between electric cars in Juneau in 2022 to the years to come down the road.

Duff Mitchell, Juneau Electrical Vehicle Association, the organizer of the electrical car photo op and drive-by, has more to say about why they decided to start this rally and what it has to do with Earth Day activities.

"There are some interesting photos that we saw where we had horses and carriages and then we had Model T's. That inspired the idea and so we thought that'd be really cool to maybe collect and get a group of electric cars parking downtown, in conjunction with Earth Day and in conjunction with litter-free Juneau, to kind of get a little group photo of electric vehicles all up and down the sides of the road just to kind of show how we're going to look in 10 or 15 years. It's really important to the environment because you basically eliminate fossil fuels, they run on clean hydropower, and it's 100% renewable. Electric vehicles really work in Juneau because even the older models that don't have a long-range work really well in Juneau. The new models that are coming out now have a 300, and 350-mile range, so that's less of a factor, but that's on the environmental side. On the economic side, we figure that a family driving an electric vehicle saves between $1,000 and $1,500 a year and the difference between the electrical cost that they would pay in their car versus what they would pay in gasoline. So that's a significant other kinds of green savings. Not to mention lower maintenance costs too," Mitchell stated.

There are 500-600 electric cars in Juneau. The city is working on additional chargers to have more security and options for electrical cars available across town. Fred Myers, the library, Alaska Brewing Co, and AELP have chargers to help out the community of electric cars. Juneau is in the top five of the capita of electrical vehicles in the country. Alaska also received its first electric bus in 2020. Mitchell also says they have another electric car rally annually in September.