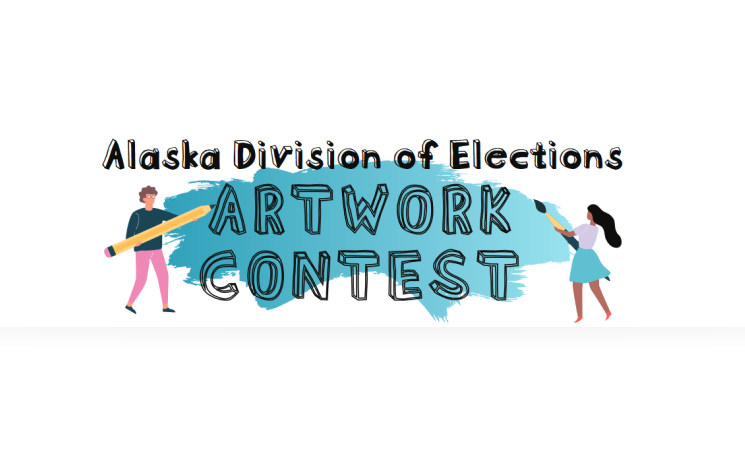 (Photo courtesy of Division of elections.)

Juneau, Alaska (KINY) - The Alaska Division of Elections has announced the 2022 Election Artwork Contest with the theme this year of "Vote Boldly."

The division says it's a new frontier of voting for the state of Alaska, and they want people to go in with confidence and understanding what the new ranked-choice voting system is all about, so as part of that effort, a ranked-choice voting election will decide the winner of the contest.

Working up art for stickers and pamphlets is something the division works on every election year, but this year, they wanted to involve students, as Director of the Division of Elections, Gail Fenumiai said.

"This year, we came up with the idea to involve students and the youth Alaska in developing our stickers for the 2022 general elections, as well as the pamphlet covers for the official election pamphlets that get mailed out to all registered voter households prior to the general election," she said. "It's just nice to have something different, and to engage our youth in this process, to get them involved and understanding what elections is about, as well as this was also another opportunity for us to engage the public in how the rank choice voting system works."

The contest has already started on the 21st, the deadline for submissions is February 4th. Fenumiai says that if they are low on submissions, they may extend the deadline.