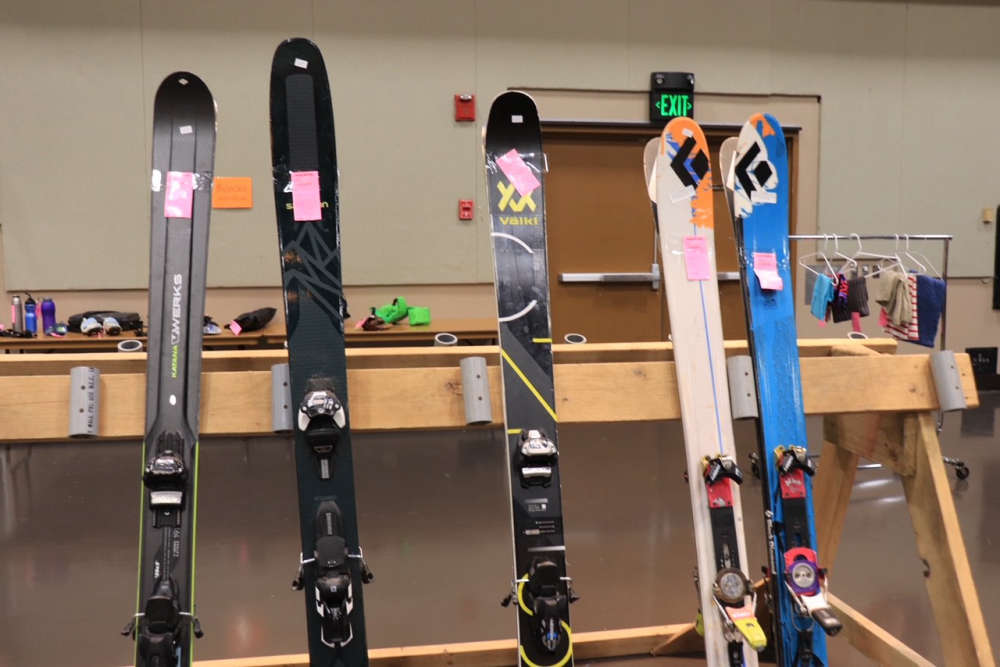 Juneau, Alaska (KINY) - The ski swap at Centennial Hall returned to Juneau after three years of being on hold.

The ski swap consists of used and new equipment-downhill skis and snowboards.

"You can either donate your used gear and you can sell it here. You get a portion of the funds that you set the price and then Ski Club receives portions of the fun and then you get the rest. It's like a cash-out kind of sale. So you can bring in old skis, boots, poles, or winter gear. If you're coming just to buy you can go in and shop. Like the earlier you show up, the more gear options there are. But since it's the first one since 2019, it's kind of been a crazy year for people coming out and showing their support which is awesome."

Strom said how Eaglecrest is prepping for the season. Their official start of the season is less than a month away.

"Opening day is December 3rd, but we've already been planning snowmaking. Snowmaking starts Sunday and we've got a really nice base layer set thanks to Mother Nature and cold temperatures. So we've got a bunch of films coming out soon. So we're really just trying to build like preseason stoke, get the community involved back into the Eaglecrest mode, get people back up to the mountain."

"You can purchase online. It's just store.skieaglecrest.com. Or you can come to the ticket office, we're open Monday through Thursday right now. But the tier two sale ends Sunday so after that it's just the regular season pass price up to opening day."

Strom also said it's not too late to apply to their 5th-grade free program.

"As long as they have a fifth-grade transcript, they're able to come up and ski for the entire season for free. It's a perfect turnover age for where you know they want their independence, but also like can ride the snow bus if they're ready to. Just really gets them out there on the mountain independently exploring. So just skieaglecrest.com, there's a form you can fill out or you can send your transcript to the info@skieaglecrest.com email, and we'll help you out."