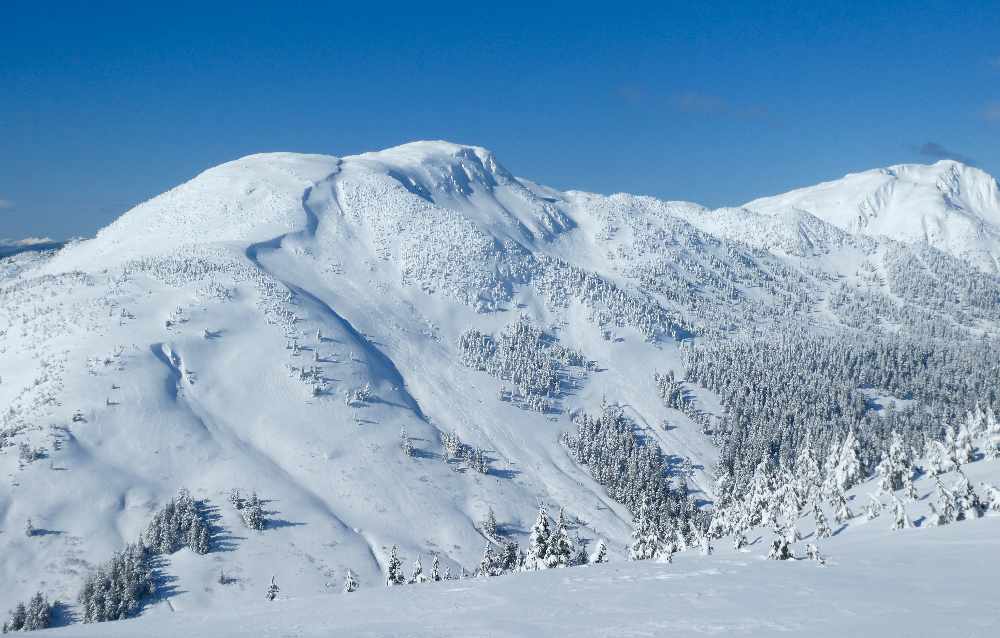 Eaglecrest Ski Area will be open this weekend with limited services but record snow. (Klas Stolpe)

Juneau, Alaska (KINY) - Eaglecrest Ski Area has reached its second-highest level of snow accumulation and has extended their operation into Saturday and Sunday.

“We basically have record snow and everybody has been having a great time,” Eaglecrest director Dave Scanlan said. “It looks like we are in store for some great weather so we just want to treat all our guests to one more final weekend.”

Eaglecrest Ski Area has accumulated roughly 520 inches of snow, an amount that is second all-time to the 640 inches that fell in 2011-2012.

“There is going to be limited services,” Scanlan said. “It is not going to be full operation. It is really just going to be a bare-bones operation, just give people one more chance to get out on the mountain.”

Only the Porcupine and Ptarmigan chair lifts will be in operation and lift tickets will be 30% off. There will be no food service and no lessons available.

All terrain will be considered intermediate and expert level.

Eaglecrest has also reserved the right to not open if the weekend weather does take a turn for “crummy, rainy, or otherwise undesirable weather” according to their website.

This season has seen five streaks of at least 14 days consecutive days with snowfall and out of the 88 operating days 53 had at least two inches 24-hour snowfall and 36 at least four inches. Sixty percent of operating days have refreshed snow conditions, according to Eaglecrest Ski Area personnel.