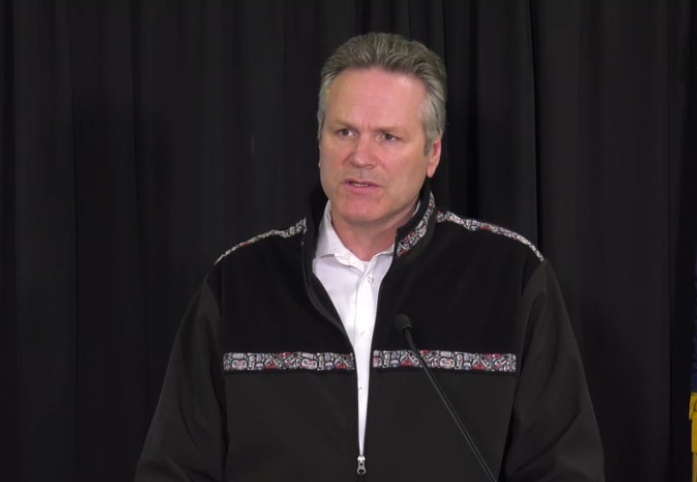 Governor Dunleavy said the State of Alaska will continue to push the U.S. Department of Interior to open 28 million acres of federal land in Alaska for land allotments that are due to Alaska Native Vietnam Veterans and land selections due to the State.

The State is appealing an Alaska District Court decision to the Ninth Circuit. The lawsuit challenges the U.S. Department of the Interior for illegally and intentionally extending decades-long restrictions that prevent these transfers of land.

“I am tired of the continued foot dragging and stall tactics taken to lock up Alaska,” said Gov. Dunleavy. “Alaska has a right to those State land selections as do the Alaska Native Vietnam veterans. The federal government forgot about them. These veterans served our country, left Alaska, and went overseas in the window for getting an allotment. When the veterans were done fighting for us, the window had closed, and they were left without land. What should be a straight-forward process recognized by federal law is turned into a constant battleground."

Under the Alaska Native Claims Settlement Act, the U.S. Secretary of the Interior was allowed to issue temporary land withdrawals to restrict the use of federal land in Alaska to allow the U.S. Department of Interior time to determine how federal lands should be used in the state. These withdrawals also effectively prevented the transfer of temporarily withdrawn lands to the State under the Alaska Statehood Act.

Many of these 1970s era orders have never been lifted, even though the reasons for the withdrawals have been resolved for decades. Under 16 such orders, about 28 million acres of land have sat under outdated restrictions. All the while the federal government has been proposing that the withdrawals be lifted, but never does so.

The Alaska District Court ruled that the State needed to wait to file a challenge until there was final agency action, despite the decades of delay and change in position without justification.

“We were disappointed that the District Court failed to see the delay tactics for what they are,” said Alaska Attorney General Treg Taylor. “Alaska is owed these State entitlements and the ability to select these lands. The federal government cannot arbitrarily delay with no consequences, and we will continue to assert Alaska’s rights under federal law.”

"This appeal is a very important step,” said Corri Feige, Commissioner of the Alaska Department of Natural Resources. “The continued abuse of process by the Department of the Interior is harming Alaskans, and especially our Native Alaskan Vietnam Vets who are being forced to select lands in limited areas -- often in parts of the state far removed from their home regions -- simply because DOI hasn’t completed their work from decades ago to lift these outdated public land orders."